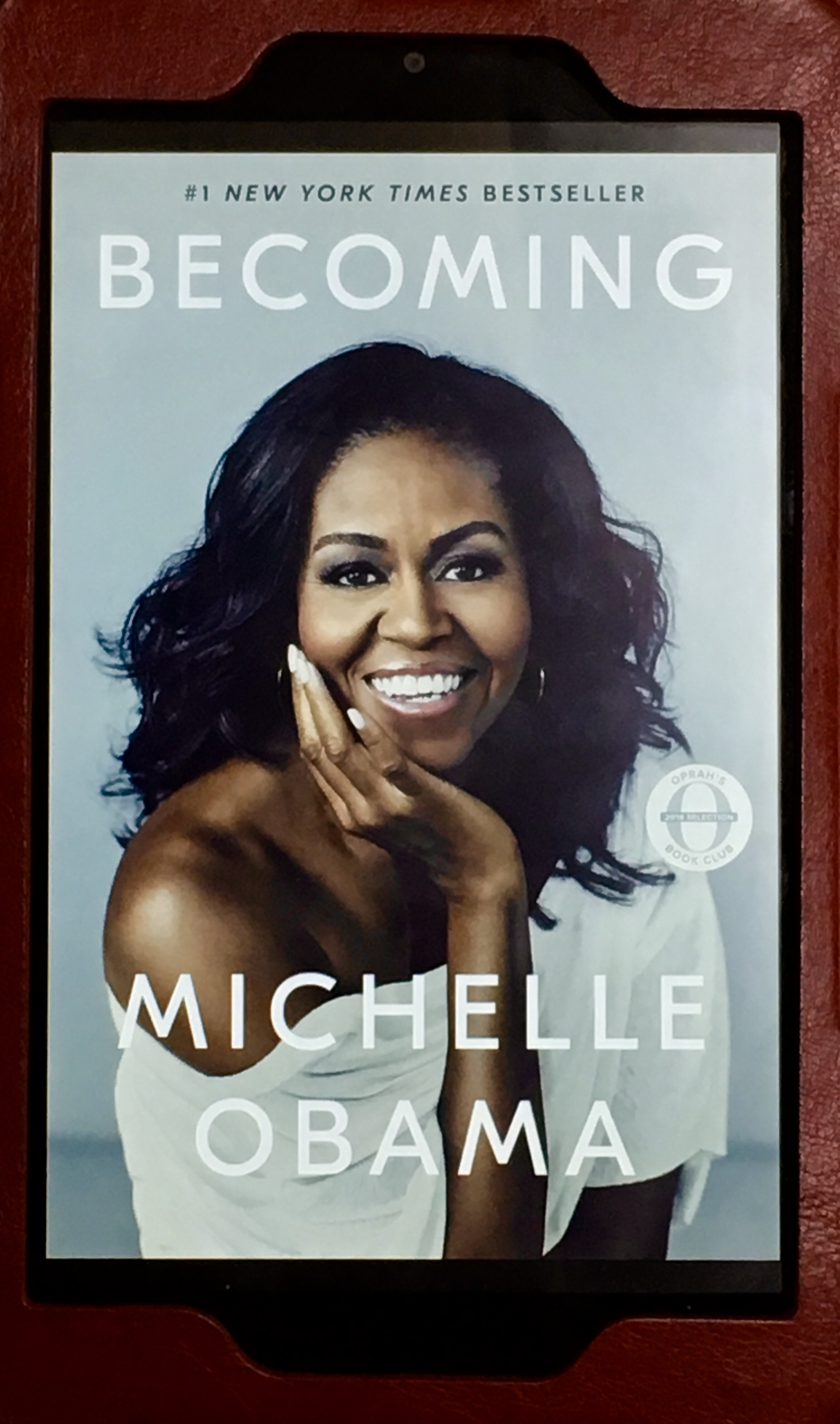 I recently read Michelle Obama’s autobiography, Becoming. Michelle Obama has always been a fascinating person to me, who I have always wanted to learn more about, since she became the first African American First Lady of the United States. And with this book, I can learn all about her in her own words.

I am not going to go into too much detail about this book and this wonderful and inspirational female role model, I would rather that you read her life story yourself. Instead, I am going to focus on a few quotes that really stuck out to me and perfectly summed up the book and her life so far. Should she write another book, I would certainly be keen to read it as well.

Now, it’s not giving too much away to say that Mrs. Obama delves into her personal history, from her early childhood, all the way through to her residency in one of the most famous buildings in the country. The book itself is split into three sections, each with a related title. The first, Becoming Me, covers her childhood growing up in Chicago. The second, Becoming Us, goes through her meeting of Barack and the growth of their family. The final section is titled Becoming More, which of course goes beyond their family to focus in on their life in the White House.

It was in that final section that I found out about all of the initiatives that Mrs. Obama created as First Lady. I had known about her Let’s Move! initiative, which focused on getting children active and eating healthy. But I was not aware that she had also started Reach Higher, which focused on students from low-income families and helping them to get access to financial assistance to get into college. As well as, Let Girls Learn, which offered assistance to girls all over the world to gain access to education. Then there was her joint initiative with Dr. Jill Biden, Joining Forces, which offered support for military families, military spouses, wounded soldiers, and veterans.

It was fascinating to learn all of these things about Michelle Obama, but more importantly it was interesting to understand why the book was called Becoming. While a small part of it was Mrs. Obama becoming First Lady of the United States, it was also about her philosophy. She states what becoming is as, “…a process, steps along a path. Becoming requires equal parts patience and rigor. Becoming is never giving up on the idea that there’s more growing to be done.”

Michelle Obama goes on to use the portraits of her and her husband hanging in the National Portrait Gallery, to further prove the point of what becoming President and First Lady was able to do as part of their legacy, “I doubt that anyone looking at our childhoods, our circumstances, would ever have predicted we’d land in those halls. The paintings are lovely, but what matters most is that they’re there for young people to see–that our faces help dismantle the perception that in order to be enshrined in history, you have to look a certain way. If we belong, then so, too, can many others.”

Lastly, the quote that really summed everything nicely was this:
“And here is what I have to say, finally: Let’s invite one another in. Maybe then we can begin to fear less, to make fewer wrong assumptions, to let go of the biases and stereotypes that unnecessarily divide us. Maybe we can better embrace the ways we are the same. It’s not about being perfect. It’s not about where you get yourself in the end. There’s power in allowing yourself to be known and heard, in owning your unique story, in using your authentic voice. And there’s grace in being willing to know and hear others. This, for me, is how we become.”

How can you argue with advice like that? Be kind to one another, make yourself heard but remember to be willing to hear others as well. It is a quote like that and her entire book, really, which truly makes Michelle Obama a strong female role model. So I urge you, go out and get this insightful autobiography.