A Billboard in Allentown: A Spoiler Free Review of Billboard 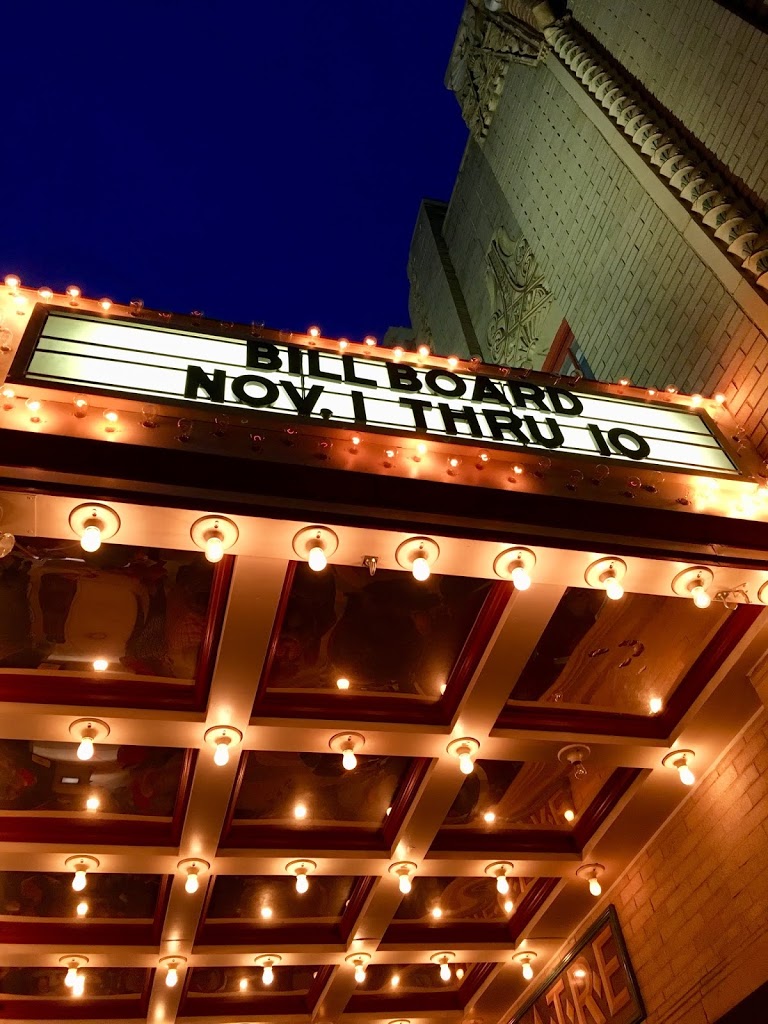 On November 1, I was able to attend the local premier of Billboard, “a Zeke Zelker cine experience.” Being new to the area, I was informed by the people I went to the premier with that Zeke Zelker is a local independent filmmaker known for Fading and In Search Of.

His latest film, Billboard, is inspired by a true event that took place in Lehigh Valley in the early 1980s. A man tries to save his deceased father’s failing radio station by holding a billboard sitting contest. A contest where the contestant that lives on the billboard the longest wins an RV and $96,000. I won’t spoil the outcome of the movie, but in real life, a man did win an RV. Unlike the real event, the movie is not set in the ‘80s, but retold as current day. That is not a spoiler, but an important thing to note, as it was a choice made by the director. He was asked during a Q&A about the time period of the movie and it came down to the difficulty of finding enough period specific vehicles to fill the streets. But I am getting ahead of myself.

This is not the first independent film premier that I have attended. I attended the Vancouver premier of The Weirdo Hero by director Ryan Curtis, who had previously worked on the TV show Supernatural as a visual effects coordinator. I happened to be in Vancouver for a Supernatural convention in 2015 and the movie premier was that same weekend, therefore it was attended by a lot of fans of the show and actors (previously in Supernatural) who wanted to show their support for Ryan’s directorial debut. It was a fun event to attend, and the Billboard event was the same. Premiers big or small, but especially small, are experiences beyond the film itself and everyone should attend if the opportunity arises. There was a small crowd gathered around the entrance to the Civic Theatre of Allentown (or Nineteenth Street Theatre depending on who you ask) waiting for the doors to open. I was one amongst them, people watching and listening to the radio DJ stationed in front of the crowd. He quizzed the crowd on Zeke Zelker trivia and gave away prizes until the man himself appeared. The director posed for photos with people and was interviewed by a camera crew, until the doors opened. Once we were let in, we had to go collect our tickets at will call. Instead of an actual ticket we were given a button with a different team name, representing each of the contestants in the movie.

Before heading into the theater, I hung back as Michael and Sybil (my boyfriend’s parents, who I attended the premier with) stopped to say hello to Daniel Roebuck. Many people might know Daniel Roebuck from the movie The Fugitive and the TV show Lost, and many other things. I now know him to be a Bethlehem native, in town because of his own movie, and the guy that owes my boyfriend’s mother an email response. He is a very nice man, who I had the unexpected pleasure to be introduced to and shake hands with. This brings us back to the movie premier. After taking our seats, the director came out to address the audience, inside the gorgeously remodeled theatre, to give his speech thanking everyone who helped him make this film. It truly was a local affair. After the movie, Zelker held a short Q&A session, answering various questions from the audience. Things like: why he decided to set the film in modern times, the symbolism of the American flag in the film, how long it took to film the movie, where certain scenes were filmed and why.

Now for the moment you’ve been waiting for, lights…camera…action; Billboard. The film is heavy, but good, very good. You feel for Casey, the main character, and his plight to save the radio station. From the very beginning of the film, you understand the loss that Casey has experienced, through the death of his father. This loss sees him return to his hometown, to take over the family business, after having been away on the opposite end of the country pursuing his career. A career which isn’t even remotely related to business or running an independent radio station. You see this affect not only Casey’s life, but the lives of others who depend on the radio station for their livelihoods, as well as the citizens of the community both in the competition and aware of it. In an attempt to do something good for the community, Casey has to come to terms with other people interpreting his actions differently and questioning his every move and motive. Is this all for financial gain, or something good for the community?

This movie is not what you think it will be and nothing like what I expected it to be. But I was reminded by my boyfriend (who has seen Zelker’s other films), after I returned home, that this wasn’t like most films I was used to seeing. This is an independent film, meant not to conform to the norms of film making and convention, like getting what you expect from most Hollywood movies. For me, the plot and talents of those involved aside, it was interesting to see places that I have only recently begun to explore in this new area, while also learning a bit of history involving this community; Lehigh Valley.

Fun fact, Eric Roberts is in this movie, as the high level radio executive of a rival radio network. A related fun fact, he had been in a total of 516 movies throughout his acting career. This was one of the trivia questions the crowd was asked for the chance to win a prize related to Billboard. Even if you aren’t sure who Eric Roberts is, with 516 acting credits to his name, you are bound to know him from something. The last thing that I want to cover for this movie premier, is the cleverness of it’s multimedia platform promotional campaign. In addition to the feature film, and the buttons we received as tickets, we also received an issue of a special made newspaper catered to the movie and its filmmaker Zeke Zelker. One must also not forget the radio station that was present, which was actually not a real station, but one named after the one in the film, WTYT 960. However, that doesn’t mean you can’t visit an actual WTYT 960, since Zelker has create an online version of the indy radio station at wtyt960.com. If that wasn’t enough, there will also be a 25 episode web series to accompany the film, which will focus on Casey and primarily the billboard sitters. The web series is set to be available on February 1.

The film is currently running at the Civic Theatre in Allentown, from November 1-10, for anyone locally to go see it, before it heads off on the rest of it’s PA Proud Tour with dates in Lewisburg, Harrisburg, West Chester, Lancaster, and Philadelphia. So if you live in these places, check out the website to find out when this movie will be near you and go check it out! And if you don’t live in one of these places, don’t worry, Zelker is hoping to release the movie nationally in April.