“Sense and Sensibility” A Book Review 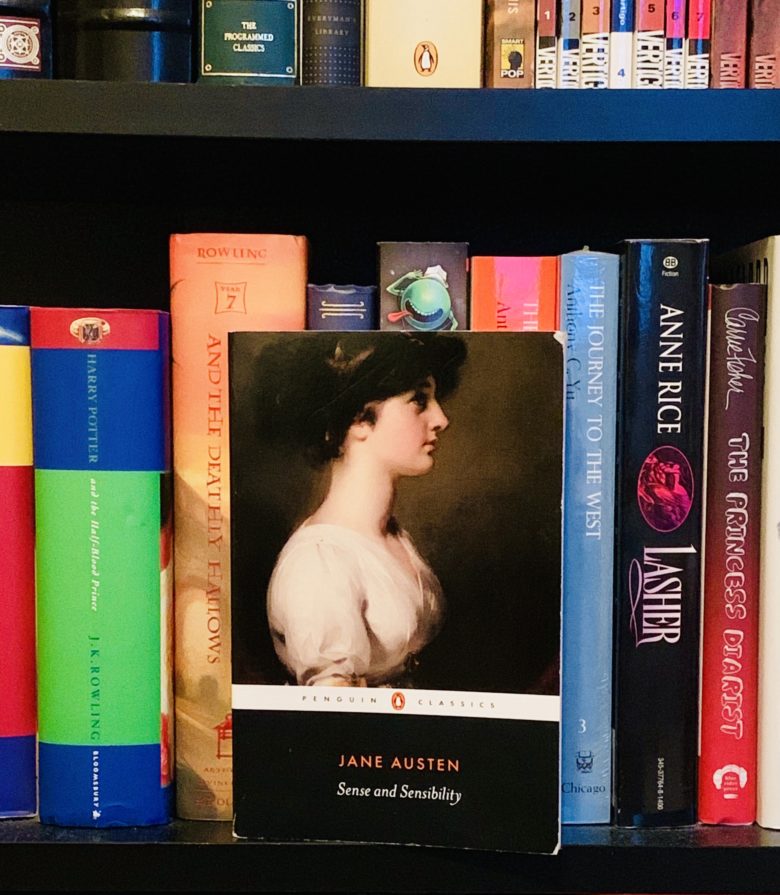 As my second foray into Jane Austen, I chose Sense and Sensibility, known as her first published novel but written second to what would later become Pride and Prejudice. So, either way you look at it, I did stick to the right order, for the most part.

Similar to Pride and Prejudice, this novel offers sisters as main characters, in this case the Dashwood sisters; Eleanor, Marianne and Margaret, and their mother Mrs. Dashwood. After the death of their father, their home is inherited by their half brother John Dashwood and his wife, forcing the sisters and their mother to find a new residence. Fortune smiles on them in the form of Mrs. Dashwood’s cousin, Sir John Middleton, who offers them a cottage on his estate to live in.

After their arrival they are introduced to Sir Middleton’s wife and child, his mother-in-law, Colonel Brandon, and the rest of the characters through one relation or another.

The story primarily follows the two eldest Dashwood sisters, Eleanor and Marianne, and their difficulties with love. Each dealing with a different and unique romantic trouble.

Unlike the elder Bennett sisters of Pride and Prejudice, who experience happy endings with their beaus, Sense and Sensibility gives you something else entirely. It leaves you with a more realistic outcome, while still giving you the late 18th century love story you crave. I must admit that part of what lowered this novel in my regard was that it had far more characters to keep track of than Pride and Prejudice and you spent a lot of time focused on the sisters and those living close to their new home, before you eventually were reintroduced to the rest. For example, Edward is a character introduced early on, who you do not meet again until nearly halfway through the book. When he did return, I had to flip back to the beginning of the book to remember if he was who I thought he was. While this only happened a couple times throughout the entire book, this is not something that I experienced with Pride and Prejudice.

Despite that very small grievance, I still thoroughly enjoyed the novel. It was great to once again be exposed to the classic and eloquent writing style of Jane Austen, the British English so similar yet so different from the English I know so well. It’s always fun to see some familiar words spelled differently and realize how even the English language has evolved through the centuries. You also have more of Austen’s social commentary, a further insight into the upper echelons of British society.

I would highly recommend this novel to anyone looking to get into the Austen catalog or continue if you were like me and started with Pride and Prejudice. I am now looking forward to my third Austen novel, continuing in order with Mansfield Park.