Buddy Hackett and the Roles I didn’t Realize He Had 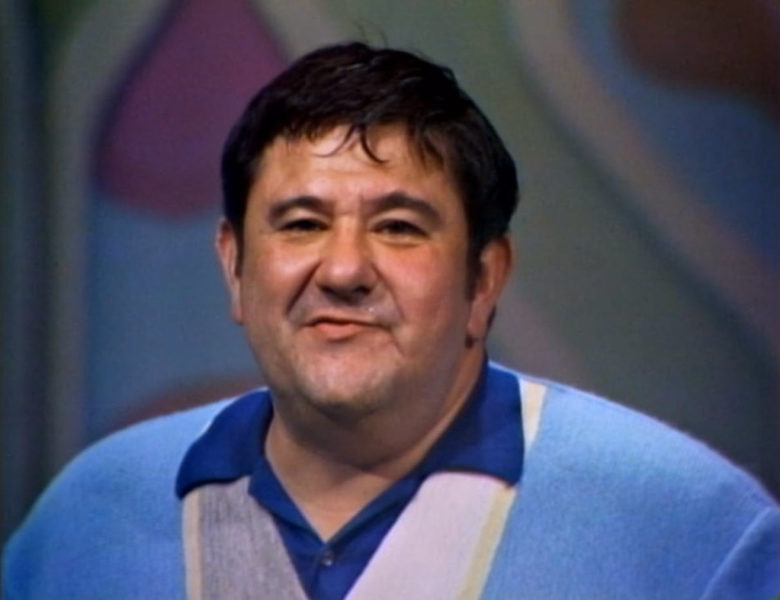 I was watching an episode of Laugh-In recently, which my boyfriend and I decided to get back to watching (we cleared the first two seasons pretty quickly). One of the episodes of the third season, episode 8, guest-starred Buddy Hackett. Before his name was revealed, I asked who he was.

A quick visit to IMDB and you get the reason for this post, after I discovered two big animated movies from my childhood, containing a character voiced by Buddy Hackett.

The bigger, more well-known, of the two is Disney’s The Little Mermaid from 1989. If you’re not sure who Hackett voiced in the movie, it was the noisy, off-key-singing seagull, Scuttle. The other, also animated film, is the 1979 Rankin and Bass holiday TV movie, Jack Frost. In this film, Hackett voices the narrator and lovable groundhog Pardon-Me-Pete. He strikes a deal with Jack Frost, to see “his shadow” and run back into his home and get six more weeks of sleep while Jack receives six more weeks to play around with winter. He sings a song all about Groundhogs’ Day on “…Feb-ru-a-ry 2”, but is mainly just seen at the beginning and the end of the movie.

Some other notable credits for Hackett, live-action, which I have also seen are: The Love Bug (1968), Scrooged (1988), the aforementioned Rowan & Martin’s Laugh-In (1969), Sabrina, the Teenage Witch (1998). I, unfortunately, have not seen a lot of Hackett’s early career in film and TV. He was in many of the popular ‘60’s tv shows such as Get Smart (which I have seen many of, just not Hackett’s episode) and The Lucy Show, followed by The Love Boat and Murder, She Wrote in the ’80s, and Dinosaurs (which I definitely watched but don’t recall Hackett’s character at all), Space Rangers and Boy Meets World in the ‘90s. He continued to appear in TV shows in the 2000s up until his death in 2002.

I also have to add that Hackett’s episode of Laugh-In ranks in the top three of my favorite Laugh-In episodes so far, with the first Sammy Davis Jr. appearance (number 1), and Sid Caesar (number 2). Hackett dressed in drag during his appearance, in order to take part in the “What’s the News?” skit with the female cast of Laugh-In. Aside from that, he was just really funny and therefore earned the third-place spot of my top three Laugh-In list. Although in agreement with my boyfriend, Sammy will always be the number one because while not every appearance is as great as the first one “Here comes the Judge, Here comes the judge, here comes the judge,” they’re all lasting!

So there you have it, a random little post about Buddy Hackett.