Emma is a Lively and Entertaining Tale from Jane Austen 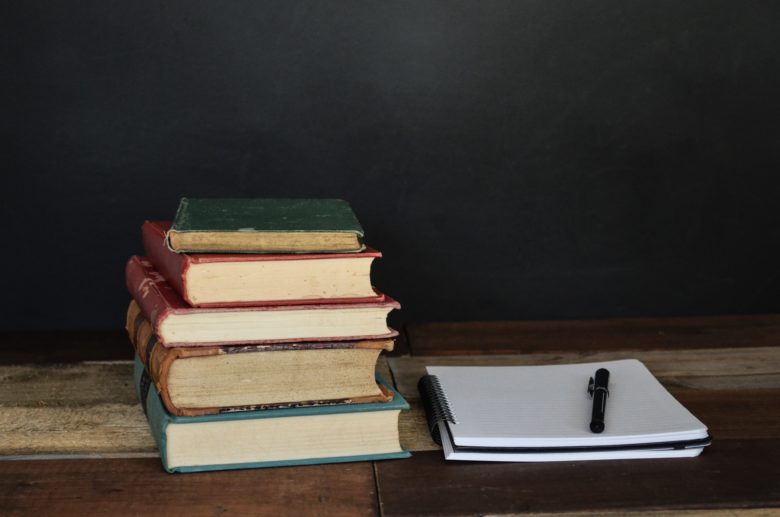 As I continue on through the bibliography of Jane Austen, next on my list of book reviews is Emma. Now, I am aware that it should in fact have been Mansfield Park next if I wanted to go in order. Truth be told, I was swayed partially by the recent 2020 theatrical release of Emma, as well as a podcast discussion involving Clueless. And for those of you not aware of the connection between the 90s movie Clueless and Emma, stay tuned, I plan to write a post about that soon as well. I have not seen the new Emma, and only one of the many film versions, but would definitely like to see the new one. And it is for those reasons, that I shuffled the order slightly, for which I hope I can be forgiven, since Emma was fresh on my mind. But rest assured, the next Austen book will be Mansfield Park. Emma is a lively and entertaining novel that I thoroughly enjoyed. I think largely in part due to the youthful nature of its main character, both physically and emotionally. Emma displays a naivete and exuberance for matchmaking brought on by her social status and spoiled upbringing by a widowed father and young governess, which makes for a refreshing and delightful read. I found myself eating up this novel, reading it whenever I could, and finding myself excited over an Austen book in a way I had not felt since Pride and Prejudice. However, I am still not ready to have it usurp Pride and Prejudice as my favorite Austen novel, but I think it’s fair to say Emma is a close second.

This is not a knock on Sense and Sensibility, which you may recall from my previous review(insert link) I did enjoy, but Emma just seems lighter with a more positive tone. This suits the storyline, where I must admit, the sadder tone of Sense and Sensibility did suit it’s content, given what the sisters had to endure. With Emma, there are troubles that the characters encounter, but not to the same extent, and with more of a comedic misfortune. The main focus in Emma is her folly with matchmaking, and in the end she does learn from her mistakes. With Sense and Sensibility, you felt sorry for the main characters and what they had to endure, but it’s not the same with Emma. You don’t feel bad for her, as her errors are of her own making and it is truly a part of growing up for her to learn from them and grow wiser because of it.

Now for some general information about the novel before I get in further thoughts. I want to introduce some of the characters in the book, who interact with Emma either on a daily basis or regularly in their town of Highbury. Of course, we have Emma Woodhouse, whom the book describes as “…handsome, clever, and rich, with a comfortable home and happy disposition, seemed to unite some of the best blessings of existence; and had lived nearly twenty-one years in the world with very little to distress or vex her.” Then we have Emma’s former Governess and good friend Miss Taylor/Mrs. Weston. Emma’s father chooses to call her Ms. Taylor throughout the book, as that is how he knew her for sixteen years. Ms. Taylor had raised Emma from a small child when her mother passed away, up until Ms. Taylor married a widowed neighbor.

Mr. Woodhouse, Emma’s father, is described as being something of a feeble old man. An old man in his manners and not necessarily in his age, given that he was often concerned with his health and the health of others and rarely ventured out of his house. He is not actually sick at any point in the book, both other characters tended to be very conscious of his comfort, especially during the winter, to the point where instead of going out to a party, Emma would go and another Neighbor would go to the house to keep Mr. Woodhouse company while she was gone. Aside from that, he is known to their neighbors and the townsfolk as being friendly and amiable.

We then have a neighbor and relative, Mr. Knightley. He is not related by blood, but is Emma’s brother-in-law, as his brother Mr. John Knightly is married to Emma’s older sister Isabella. Mr. Knightley is the younger of the two brothers and sixteen years older than Emma which makes him thirty-seven to Emma’s twenty-one years of age. He spends a lot of time at the Woodhouse home, given their familial connection and social connection, the two families being connected before the marriage of Isabella, which leads me to believe that was what led to the marriage in the first place.

This was of course often the way with most high society British families of the time, you only married within your social circle, and certain families who knew each other very well would often plan for their children to marry. Thus connecting the two families and often to the benefit of both families as well. And an age gap between spouses was also quite common in that time period. It was common for a man to be more mature and established in life before taking a wife. I can appreciate that in the terms of this story and the love that blossoms between our main character and the younger Knightley. It is acceptable both of the time and even now, because love is love.

There are many more characters you get to know in the book, but I will skip listing them all. Both to save a bit of time and to allow you to discover them for yourself. Besides, a couple more of them will come up anyway as they are pertinent to the discussion. The book does well to highlight Emma’s fondness for matchmaking, even so far as to have her brag about her skill in it, her one and only example being the marriage of Ms. Taylor to Mr. Weston. Mr. Weston was yet another neighbor who frequented the Woodhouse household with visits. Emma claims to have been the chief instrument that led to their relationship and subsequent marriage. Emma is so overjoyed with her friend’s happiness, that she wishes to bring happiness to others by seeing them in happy relationships themselves. She pretends this is to help others, but selfishly it is a way for her to get over her sadness at losing Ms. Taylor to matrimony and her own loneliness. She quickly sets her sights on the town parson, Mr. Elton, making him her next mission for a perfect match.

The book describes him as, “…good-humoured, cheerful, obliging, and gentle…” in addition to being a handsome man. Emma picks out a well-mannered and beautiful young girl of seventeen by the name of Harriet, who Emma takes under her wing to make her a proper member of high society. It is from there where things get out of control for Emma and get exciting and entertaining for the reader. You have your classic case of one-sided love between friends represented, which nowadays would be referred to as the “Friend Zone” scenario. You have naive unrequited and misplaced love, as well as refused proposals of marriage. There is also unrealized love where the character realizes they have been in love with someone for some time without knowing it because of how much they had talked themselves into the idea of never marrying. There is so much going on in this book and yet it is never overdone or convoluted and each scenario gets its proper time and place in the narrative, often leading into each other in a clever fashion. I also have to take a moment to mention some grammatical nuances I felt worth mentioning. Jane Austen is a British author whose vocabulary is of a time where the English language is very different from today and the derivative American English. There are different spellings of words and usages that you just don’t see often in modern times, except in modern English literature where many spellings have carried through the centuries. A couple of examples I pulled from the book are: “any body” and “surprize”. In modern English, “any body” has become a single word, but in Austen’s time, it was a more general singular term as opposed to the modern anybody which appears more plural. Of course, that’s just the way I look at it, and I should note, I am not a linguist and could be far from the mark, but its how my brain made sense of it.

Then, we have “surprize”, clearly utilizing a “Z” instead of an “S”, which has become the norm in American English but has remained with the “Z” in British English until today. It’s of course not the only word to have the “Z” instead of an “S” in this book and in British English in general, and it’s something I can appreciate given it matches the pronunciation of the words in a much more logical way. I don’t know why these two things caught my attention so much more in this novel, as it’s certainly not the only Austen novel (or British literature) to be written this way, but there you have it, something to think about.

However, don’t think about it too much, please let your focus rest with the story contents of this book, rather than it’s grammatical contents. As I have said, it’s an entertaining novel and a romantic tale worth reading. If you have read other Austen novels and have not gotten around to Emma yet, I urge you to do so, it’s definitely not one to skip. If you have read Emma, I look forward to hearing your thoughts on it. Happy Reading!