The Hamilton Film: No Need to Wait for It! 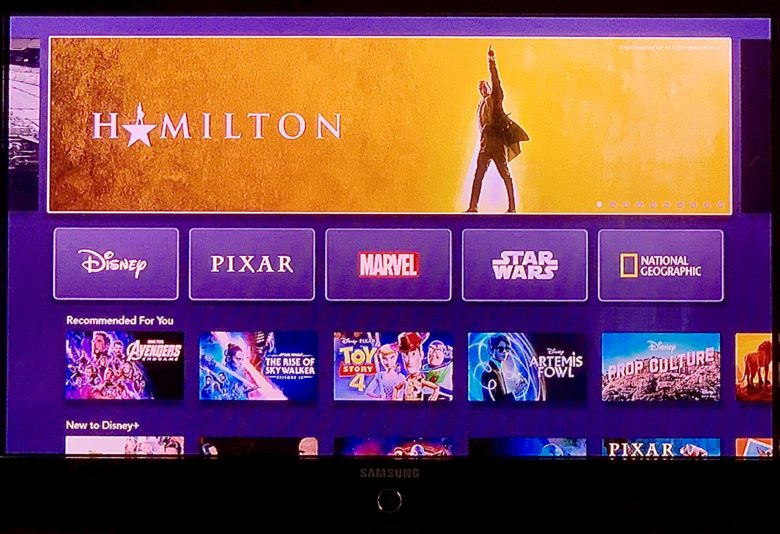 I sit here writing my spoiler-free review, as the tears dry on my cheeks, of the newly released Hamilton the Musical, the film version on Disney+. This version of Hamilton is the original cast filmed during a Sunday show in June 2016, live on stage at the Richard Rodgers Theatre in New York City (the greatest city in the world). My tears are mostly from the joy I am feeling over finally being able to see the original cast, and partly from the song towards the end that ruined me when I first saw it live on tour as well.

It has been long known, to those who have paid attention to interviews and a certain wonderful podcast by the name of The Hamilcast, that a show had been recorded on film shortly before Lin Manuel Miranda’s departure from the role of Alexander Hamilton. The recording was, presumably, sealed away in a vault under heavy security until such time that it could be revealed to the public. Miranda (creator/writer) and his creative team made up of Thomas Kail (director), Alex Lacamoire (musical director) and Andy Blankenbuehler (choreographer) wanted to ensure that many many more people could see the insanely popular musical on stage, with the original cast, or with portions of the original cast as many began to cycle out and move on to other opportunities, before they shared the original cast recording with the world.

Four years later, we have been gifted this filmed version for the 4th of July weekend and it could not be more appropriate and essential at this given time. The diverse cast and just all-around stellar performers taking on the roles of America’s founding fathers and those that revolved around them, during the time of American Independence and the forming of our Nation, remains a must-see event and one of the greatest works of art greatly deserving of every award and achievement it has received. I am not going to get into my political views, as I prefer to keep my blog neutral, but I will just say how important I find the diversity and equality of this cast and the musical’s heavy reliance on hip hop to give it it’s unique style and creativity. And how much I wish to see more equality and compassion for all races, orientations, and cultures in the world today.

I was fortunate to see the Angelica Tour in Phoenix on Valentine’s Day in 2018, and wrote about that experience in great detail, which you can read here. But it was not with the original cast, and while the cast of the tour was amazing, they were not the cast that I had listened to 100 times on the Original Broadway Cast Album released on CD, vinyl, and streaming to the public in September of 2015. It was a dream to want to see that cast in New York, but with sold-out shows and tickets at very high prices for the foreseeable future, not to mention the difficulty of getting from one coast to the other, it was not meant to be.

So I, and many others in a similar situation, waited and waited, and now the wait is finally over. We have gotten to see Lin Manuel Miranda as Alexander Hamilton, Phillippa Soo as Eliza Hamilton, Leslie Odom Jr. as Aaron Burr, Renée Elise Goldsberry as Angelica Schuyler, Christopher Jackson as George Washington, Daveed Diggs in the dual roles of the Marquis de Lafayette and Thomas Jefferson, Okieriete Onaodowan as Hercules Mulligan and James Madison, Anthony Ramos as John Laurens and Philip Hamilton, Jasmine Cephas Jones as Peggy Schuyler and Maria Reynolds, Jonathan Groff as King George III, and a talented ensemble cast of swings, dancers and background vocalists, sometimes all rolled into one.

I will not spoil any of the musical for those who have not yet seen it, but urge everyone to make it a part of their 4th of July celebrations, not just this year, but as a new tradition to be watched every year, and what the heck, make it a part of your President’s Day every year as well. I personally will watch it whenever the mood strikes me, but also undoubtedly every year on the anniversary of its release. The emotions that this musical elicits from me is entirely down to the clever lyrics and emotional portrayals of the actors. This musical has some of the most well-performed facial acting that I have ever seen, that lends itself so well to get across the humor, the passion, and the sadness throughout the story. The evident chemistry between this cast makes it no surprise when you hear interviews from the cast and crew about how close they all became and what close friendships formed. There is just something about this musical, for that same togetherness and family-feeling to be the same across the board for the Chicago company, the two touring companies, and the UK company, which I have learned from listening to numerous interviews from various cast members over the years.

Hamilton will most likely be streaming several times on our TV over the next week. I had to watch it by myself first thing when I woke up, to be able to enjoy it unabashedly and to the fullest extent that I could, a “just for me viewing”. I will be watching it again with my partner, Jason, for his first time ever (never having listened to the album either), and then again and again because it’s easily become my favorite musical of all time. A feeling that has not changed since the first moment I hit play on the album after a recommendation from a fellow musical fan and friend (thank you again, Dan “Redbeard”).

I could not possibly go on about this musical more, without spoiling things, so I will leave you with my favorite song, the song I think is improved by seeing it performed, and the one that makes me cry the most, again when it is seen performed. Please, go and watch, and then do let me know what you think and what your favorite parts are.

My favorite song: One Last Time
The song that’s already great but even better when seen performed by the cast: In the Room Where It Happens
The song that makes me cry the most: It’s Quiet Uptown