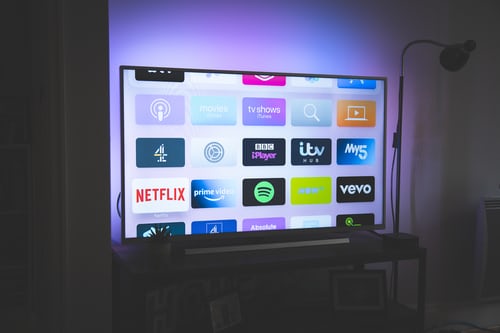 Given the year that 2020 was, it left us with very little in the way of new TV and movie content. So what did that leave? All those shows that you had put off watching now conveniently streaming on a platform of your choice. It didn’t matter when the show had previously aired, with far less competition, all streaming shows were fair game.

I, along with my partner Jason, spent a lot of our time revisiting old TV shows. There were shows we were able to mark off our list and there were ones we were surprised we hadn’t watched or rewatched sooner.

I know we were not alone in that regard. I was repeatedly seeing social media posts from friends about what new shows they were watching and recommending, whether these shows were from a few years ago or released a few weeks ago. When you suddenly find yourself with way more time on your hands, it’s easy to spend it in front of the TV with dinner or a snack or a good drink.

We still watch quite a bit of Twitch, supporting our friends and many other streamers using the platform, but we have also gone through a good deal of TV shows.

We watched Gilmore Girls, a first time viewing for me but a show Jason had seen when it was on air and in syndication. We rewatched all of Futurama, Rick & Morty, and we finally got around to watching Studio 60 on the Sunset Strip. There are a few we are still working our way through, such as Clone Wars and Rowan & Martin’s Laugh-In. And then more recently, Jason rewatched Scrubs and I caught quite a bit of it, and we started Ed getting through the entire first season and into the second of four seasons.

And thanks to a few older shows like Gilmore Girls, Ed, and Scrubs, I have been thinking about what other shows I might like to revisit. But regardless of whether you’re looking to relive the past or tackle that must watch list you have that continues to grow, it’s been an excellent time for catching up on TV.

So I will leave you with a list of shows I would love to revisit. What are some of yours?

I remember loving this show as a kid and saw that it was recently added to Disney+. So, this would be one I would love to rewatch and see if it holds up.

Not too long ago, while flipping through what was on demand on the SyFy channel through my SlingTv, I discovered that they had the entire series of Xena: Warrior Princess available. I hope they still do. This was a huge show to a young me, watching a show lead by a strong female character. I think I would appreciate the more adult themes a lot more now.

As a kid, I told everyone that I was going to become a doctor when I grew up. I remember watching ER and thinking it looked exciting to work in a hospital saving and helping people. Of course, as I became older I realized the difference between the Hollywood depiction of a hospital and an actual hospital. I also realized how impossible it was going to be to actually become a doctor, but I don’t have any regrets.

Every school-aged child in the 90s watched The Magic School Bus. It was fun, it was educational, it is something that every child should be introduced to now. I would love to see what my adult brain thinks of it now.

I started a Buffy rewatch once before, watching it alongside a podcast. But the podcast ended somewhere in season two and so did my rewatch, so I really need to get back to it. My partner, Jason, may watch it with me as his first viewing of the series.

CSI was really cool when it first started with a great theme song from The Who. It was interesting to see the side of solving a crime that didn’t involve the police and was focused on science and investigation.