Wonder Woman AKA the DC Movie You’ve Been Waiting For 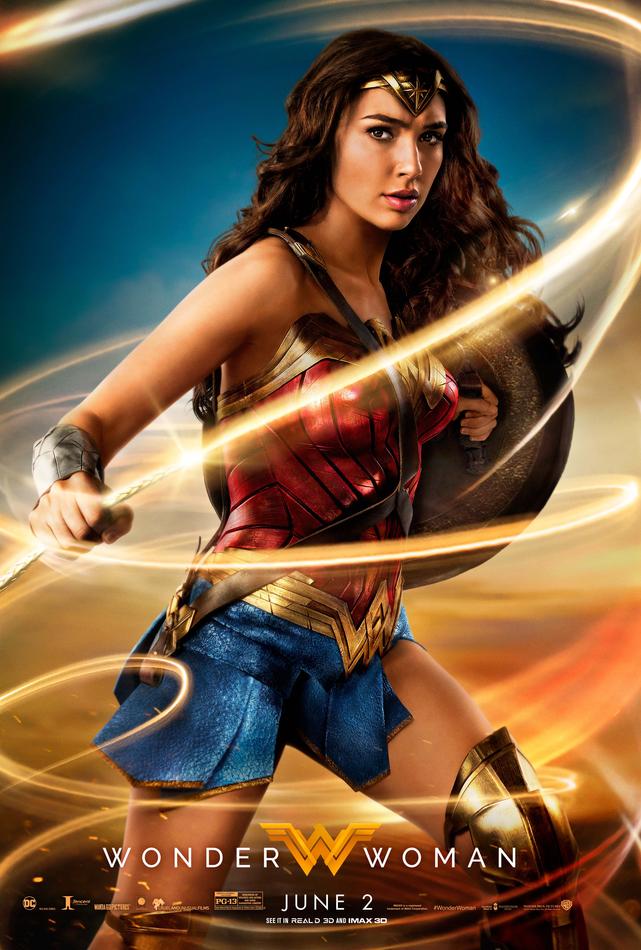 Gal Gadot was already a shining moment in Batman v Superman as the Amazonian super hero. So I had no doubt that a full length feature dedicated to a female badass would be anything but great.

To say that there has been a lot of buzz surrounding this movie would be an understatement. This is a movie that has been a long time coming. But why is that exactly? Why has it taken this long to have a Wonder Woman movie? The answer is simply that the comic book world is much like our own. In the past, when comics first came to be, minorities were rarely represented and women certainly fell into that category. Now a days, strong female role models are available and are represented across many different platforms. May it be film, TV, books, in businesses, or job fields that were once primarily male dominated. Now is the time that you can have a super hero movie with a strong female lead that says I can stand beside men and lead them.

We needed a time like now, for a movie such as this to be made. I don’t just mean a time where women have more rights. I mean a time where super hero movies are blockbuster hits. Where you can make a Batman movie and have it be a success, or a successful Superman movie, and not stop there. Wonder Woman is a powerhouse staple of DC comics, an instrumental member of the Justice League, where she is an equal to the likes of Batman and Superman. Marvel is only starting to bring their strong female characters to light, DC has been supportive of Wonder Woman for quite some time. You not only had a Batman series in the 60s, but you had a Wonder Woman series in the late 70s. My childhood memories of Wonder Woman start there, with the wonderful Lynda Carter. She wore the iconic blue, red and yellow outfit. She fought with her lasso of truth and wrist guards, and she had an invisible jet. As a kid, it was cool to think that someone could have an invisible vehicle. It lent itself well to a child’s imagination, where you could decide what it looked like and not be wrong. Naturally, as one gets older, you realize it was silly, campy and not that great a show. But, while Wonder Woman was only on the air for three seasons, it and Lynda Carter did pave the way, a stepping stone on the road to a film which would do justice to such a great female character and role model.

This brings me to my next point, why it was ridiculous for there to be an argument over whether or not there should be an all female showing of Wonder Woman, or that if there was one there should also be an all male showing. What? With everything happening in the world currently, that is what we need to argue about? In a time where we actually need Wonder Woman to save and protect the innocent, people think that the big deal is that women should have a special showing of Wonder Woman. For me personally, I could care less. I would not directly seek out an all female showing of the film. I base my movie viewing on when I have time to go see the movie. I would not have an issue if there was a female viewing, it’s not absolutely necessary but it’s justified. How often have super hero movies seen a large female audience flock to the theaters for another reason than to stare at the pretty? I’m not saying that men are not allowed to like a female super hero, and that there aren’t a lot of women into comics, on the contrary.

But if there are men that take issue with an all female showing of Wonder Woman, they’re clearly missing the point of Wonder Woman. People should celebrate Wonder Woman for its achievement but not make too big of a deal out of it. You cheapen it and make the film seem like it’s a novelty rather than a step towards this type of heroine becoming a regular thing. Do you know what type of showing this movie should have? An all kids showing. Where girls can see what a true female super hero is and have someone to look up to as a role model. Where little boys can see that girls can be strong and fair, caring and smart. Further instilling in the next generation the important values of bravery, compassion, loyalty, and love.

Now, it would be remiss of me not to briefly mention the soundtrack of this movie. It was composed by Rupert Gregson-Williams (Legend of Tarzan, Hacksaw Ridge), a British composer with quite a varied body of work. I happen to be listening to the soundtrack as I type and I would recommend it to anyone who is a fan of great instrumental soundtracks. The music is both subtle and spectacular, when it needs to be and is perfectly suitable for the scene it appears in. The track names are great also. You have Angel On the Wing, Pain, Loss & Love, Wonder Woman’s Wrath, We Are All To Blame, and the only track with lyrics, To Be Human by Sia featuring Labrinth. What we think of as the main theme with the high-pitched screeching guitar, which captivated us all with just a few notes in the trailers, appears in more than one track and it could not fit the character any better. It made me grin like the Cheshire Cat in my seat, as it first played through the booming speakers of the theater.

With that said, let’s get a little more into the movie then shall we? The cast in this movie is amazing. Gal Gadot a Wonder Woman to reckon with. She is beautiful and gives a flawless portrayal of an intelligent young woman whose biggest hindrance is her naivety towards modern society and the world which surrounds her sheltered island. Then to round out the strong female cast, we have Robin Wright as Diana’s aunt, General Antiope. Don’t mess with Princess Buttercup, as Themyscria’s mightiest warrior she will kick your ass and make you say, “As you wish!” We also have Connie Nielsen as Hippolyta, Queen of the Amazons. She rules fairly and with strength but is very protective of Diana, her daughter. Captain Pine Chris Pine plays Steve Trevor, the American working as a WWI spy for the British.

While many may have trouble separating Pine from his popular role of Captain James T. Kirk in the rebooted Star Trek movies, I did not feel his previous role distracted from his portrayal of a spy with an unwavering commitment to complete his mission and make a difference. You have the typical bad guy in German baddie, Ludendorff, played by Danny Huston. His main goal is to guarantee victory instead of the pending armistice through means of chemical warfare. In a role that surprised me, for a reason which which I will not give away, you have the talented David Thewlis as Sir Patrick. The British actor is well known for playing Professor Lupin in the Harry Potter series. The movie is rounded out by a stellar supporting cast of characters; Said Taghmaoui as Sameer, Ewen Bremner as Charlie, Eugene Brave Rock as The Chief, and Lucy Davis as Etta, to name a few.

I should also mention, this movie was directed by a woman. There of course are other female directors out there, this is not something new. But it’s like the icing on the cake for the Wonder Woman movie. I don’t usually pay that close attention to directors, so I didn’t know that Patty Jenkins was directing this movie until someone mentioned it. I’m not really familiar with Patty’s previous work, but she did a fantastic job bringing this movie to life and giving vision to the writers’ story. The story and screen play was written by Zach Snyder, Allen Heinberg, and Jason Fuchs. Speaking of Zach Snyder, the director of Batman v Superman, he even had a cameo in the film. It’s not a big cameo and it’s unclear where exactly he shows up, but he appears in the background as a WWI soldier. The movie is set during the First World War, the war to end all wars. Oh, if only the people then would have known what would happen just about two decades later. While some may claim this is reminiscent of Captain America and World War II, the environment of the first world war was different. You had different powers fighting amongst themselves: the British Empire, Ottoman Empire, German Empire, Austria-Hungry, and many more. The great war, as it was known, was the worst conflict the world had ever seen at that time. Such unbelievable destruction, and death. Not to mention the dawn of chemical warfare. The shock it left in it’s wake was the needed catalyst to send Diana onto her path to protect the innocent and defend the weak. It’s hard to pick out my favorite scenes, one because it was just a really good movie and it’s hard to settle on one or even a couple favorite scenes. Two, its a cop-out to just say all of it was my favorite and three, I’m starting to forget some of it. So I will settle on, the opening scenes on Themyscira. The opening scenes were beautiful. The real-life location used for the film is the famed Amalfi coast of Italy in the Mediterranean.

This is the type of place that you long to visit when you see it on TV or in travel brochures. I’ve always wanted to visit the Mediterranean coastline of Italy. It’s gorgeous with idyllic cliff-side towns overlooking the clear blue-green water of the sea. This particular coastline is a 25 mile long world heritage site boasting beautiful beaches, with not too much tide and not too many waves. It sounds so peaceful and relaxing. The scenes shot in this location, which also had a lot of CGI to add more cliffs and the large impressive buildings of the Amazons, made you understand why they chose this location. You add in the adorable child actress who played the young Diana and you have a great origin put forth in the first act of the movie. I loved getting to see Diana’s lifestyle and upbringing.So, I think that will do it for my review of Wonder Woman. There is so much more I could add and go over, but I feel I have achieved my task of enticing you to go see it. Besides, there have already been quite a few reviews that have dived deep into the meat of the movie and given away a lot of the film because of it. I like the fact that I have been able to write this much and yet not given anything away. I will leave you then with this final word: go see this movie ASAP!