Stef vs Nor’easter: My Trip to Pennsylvania 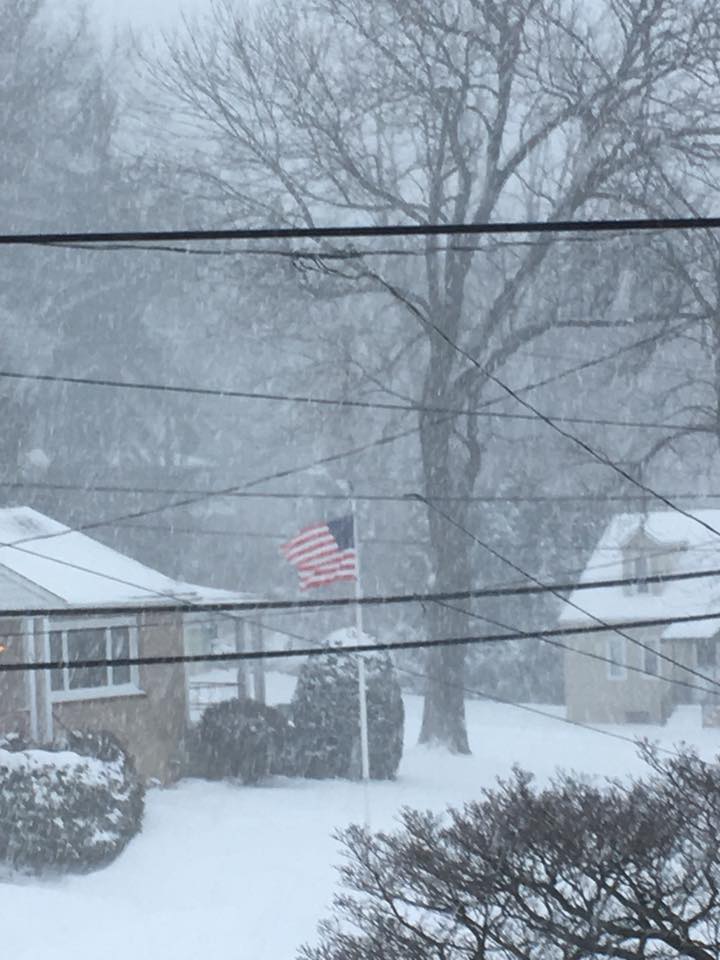 My recent trip to Pennsylvania began with a slightly rocky start. Luckily, everything went uphill from there and resulted in a great trip to a place I had never been, to visit an equally great guy.

I made the trip to visit my boyfriend and see where he lived and worked. At the same time, this trip would afford me the chance to meet his parents and oldest friends. Initially, there were plans to sight-see throughout the Lehigh Valley area, visit Philadelphia and possibly New York (Staten Island). But, even with the best laid plans and all that jazz, a snow storm–in March–put a halt to things. It all started with a cancelled flight. Originally, I was to fly into Allentown, PA (with a layover in Chicago). On the morning of my flight, in the airport shuttle, I received a notification that my second flight had been cancelled. I arrived at the airport and was taken to the customer service desk.

After a search for another flight, my options were looking dismal and involved a red eye flight to Newark. I called my boyfriend (waking him from slumber) in the early morning hours and asked for advice. We worked our way through the options and as a last result, he suggested Scranton, PA. It wound up being available for the same arrival time and still through Chicago. This, of course, meant that he had to drive an hour to Scranton in order to pick me up, but at least it wasn’t from Newark, with a day of delay, and during a snowstorm.  People were either trying to beat the storm as I was, or escaping it. Luckily with the new flight plans, I managed to stay one step ahead of the storm the entire way before it hit in full force the next day. 14 inches of snow later, I shoveled snow for the first time. It was exhausting but fun and I would gladly do it again, trading desert summers for East Coast winters in a heartbeat. People always call me crazy when I make that statement, but I know I was not made for the blistering heat of Arizona. I was made for the cold!

The snow and the act of shoveling it for a good portion of the day, resulted in a very lazy subsequent day. It was spent on the couch watching movies and the season one DVD box set of Supernatural. The roads were only slightly better the next day when we ventured out to have dinner with Jason’s father (his mother was away on a trip at the time). Afterwards, there was another movie and more Supernatural (it’s a favorite of mine and he was nice enough to indulge me with starting the show from the beginning). The next couple days involved much of the same except for venturing out further to a couple shopping centers to wander around, have lunch and get steps in. I recently bought a Fitbit, so a large portion of the week involved a lot of walking around the house (many times) to reach my daily step goal and stay active as much as the weather and vacation laziness would allow. The start of the weekend was marked by a Skype call with Canadian friends; for their podcast, “How Was Your Week, Honey?” Both of us were on with Chris and Kristin, a lovely married couple we met through podcasting, who asked us to discuss the “origin story” of our relationship and the week we’d had thus far. It was a lot of fun and we had great conversations, but the whole thing wound up going so long that we didn’t end with them until 3:00 am. The podcast was released in two parts, which can be found here and here. With how long we were chatting, naturally the first day of the weekend was spent in a lazy fashion once again.  We did make up for the laziness with a trip back to Scranton. This time to visit Chris and Zapata, two long time friends who conveniently lived a couple blocks apart from each other. We spent time with Chris and his family, learning a lot of interesting things about the Legend of Zelda: Breath of the Wild video game, and chatting in their home.

After that we picked Zapata up at his place and went out for lunch at a local diner. It was an enjoyable time meeting Jason’s friends and also getting to learn some new things about him. The day ended with dinner at his parents’ house where I was finally able to meet his mom in person. We had a delicious meal, great conversation, and finished the evening with a movie: The Big Chill. We packed the most activities into the last two days. The first of which was spent visiting the Steel Stacks (an old steel manufacturing facility which now holds events and festivals), the Sands Casino Resort and mall, a flea market, and a bowling alley.

Then on the day I was flying out, we had lunch with Jason’s mom after a quick tour of the workplace so I could meet his co-workers and boss. Afterwards, we wandered around to walk off the food and, again, make sure that I got my steps in. A short stop at Coca-Cola Park (the baseball field where the local team the Iron Pigs play), rounded out the trip. I was made aware, at some point during the trip, that the first leg of my return (Allentown to Newark) would not be by plane but by a United Bus. I’d never heard of such a thing, but was reassured that it would be a simple process by Jason’s mother, who had taken the bus before. It did end up being very simple, but I had not realized that I would not be going through security at Allentown so we had a lot of time to kill. This wasn’t a bad thing and I think it did help to make the goodbyes a bit easier. The hour and a half long bus ride felt like no time at all and I arrived with an hour to spare before my flight boarded. This was a good thing, because the line to get through security was super long, but it moved swift enough.

Then it was a five hour flight back to Phoenix from Newark. Another good thing to note: my seat was upgraded for free at the gate to an economy plus seat. They were moving people around and they put me in an emergency exit row, but this meant more leg room so I wasn’t complaining.  All in all, it was a great trip that could have started out poorly but luckily didn’t and allowed me to spend an enjoyable week with Jason. I can honestly recommend the Lehigh Valley area to anyone looking to visiting this charming and historically rich area. As I was told during my stay, Lehigh Valley is the third largest metropolitan in Pennsylvania (comprised of Allentown, Easton, and Bethlehem), behind Philadelphia and Pittsburgh. I only saw a small portion of Bethlehem and Allentown. So if you’re ever in the area, do go and explore.