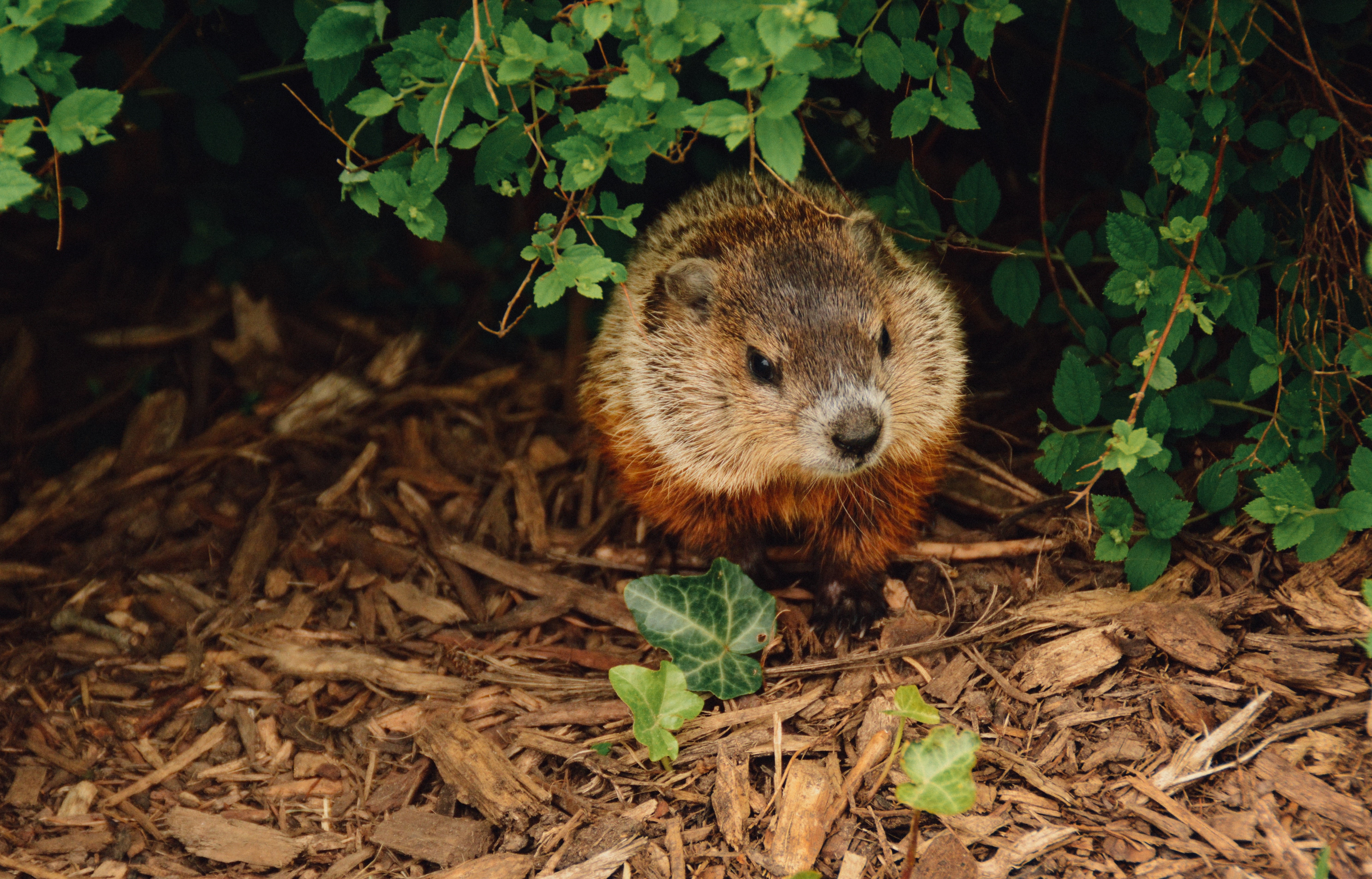 Every year on February 2nd, the United States celebrates a tradition dating back to the late 1880s–Groundhog’s Day. On this day, the inhabitants of Punxsutawney, PA gather in masses at Gobbler’s Knob (in the chilly hours of the morning) to observe a creature in it’s mostly natural habitat. The rodent-like marmot (or woodchuck if you prefer), nicknamed Punxsutawney Phil, has been given the honor of predicting the weather. No other animal but the groundhog could ever hope to be bestowed with such an honor. Afterall, a groundhog is a most intelligent and sensible animal. At least that’s what the early Pennsylvanian settlers believed.

How can a small ground-dwelling animal predict the weather? Simple. He either is or isn’t able to see his shadow. If he pops up out of his hole on a bright day, his shadow scares him back into his burrow–there will be six more weeks of winter. Clearly, the shadow was a bad omen and the groundhog was sensible enough to know he had no business being out and about. But if he arose to find a cloudy, dreary day, with no shadow in sight–there would be an early spring. Such intelligence from our little furry friend!

In a never wavering fashion, the good people of Punxsutawney held strong to tradition this past Tuesday. P. Phil shimmied out of his hole and declared, “There is no shadow to be cast! An early spring is my forecast!” Well, a human MC spoke these words to the crowd. A ground hog does not have the ability for human speech, regardless of their intelligent and sensible nature. So this year we are in for an early spring. This did not however have the Punxsutawnians throwing off their jackets last week, the temperature that day was said to have been 22 degrees.

But this wasn’t the case everywhere, as evidenced by a heatwave, at least here in the valley of the sun. Summer has broken out with temperatures in the mid-80s during the day and in the mid 50s at night. This is of course not uncommon for Phoenix at this time of year.

No one is quite sure where the tradition comes from that inspired Groundhog’s Day. But most can settle on it’s European origins. The English, Scottish, and even Germans all celebrated a similar tradition called Candlemas Day that centered around six more weeks of winter if the weather that day was clear and bright. The opposite (an early spring) if the day was dark and dreary. The Germans even used an animal, usually a hedgehog, to help them with their prediction by way of it’s shadow. So when the first settlers(Germans) arrived in Pennsylvania, they brought their Candlemas Day tradition with them. Unfortunately, they didn’t bring any hedgehogs(poor little guys must have been prone to sea sickness) and were forced to find the next best thing: a groundhog.

So began the American tradition, with a twist. But, once the groundhog makes his prediction, what next? Well, it’s time to check and see if he was actually right. In the two months following Phil’s(or Chuck, if you’re in the New York area) prediction, the temperature is measured each day. If there are more days with 40 degrees or higher, the prediction of an early spring is confirmed. If there are more days under 40 degrees, then the early spring is disproved. So far, Staten Island’s Chuck(also known as Charles G. Hogg) has proven to be far more accurate in his predictions than ol’ Punxsutawney Phil. 80% percent accuracy for Chuck vs 40% for Phil, if internet sources can be believed (Stormfax Weather Almanac).

This year, both Staten Island Chuck and Punxsutawney Phil have predicted an early spring. I guess we’ll have to wait and see who’s stats get boosted with that prediction, in a couple months’ time.