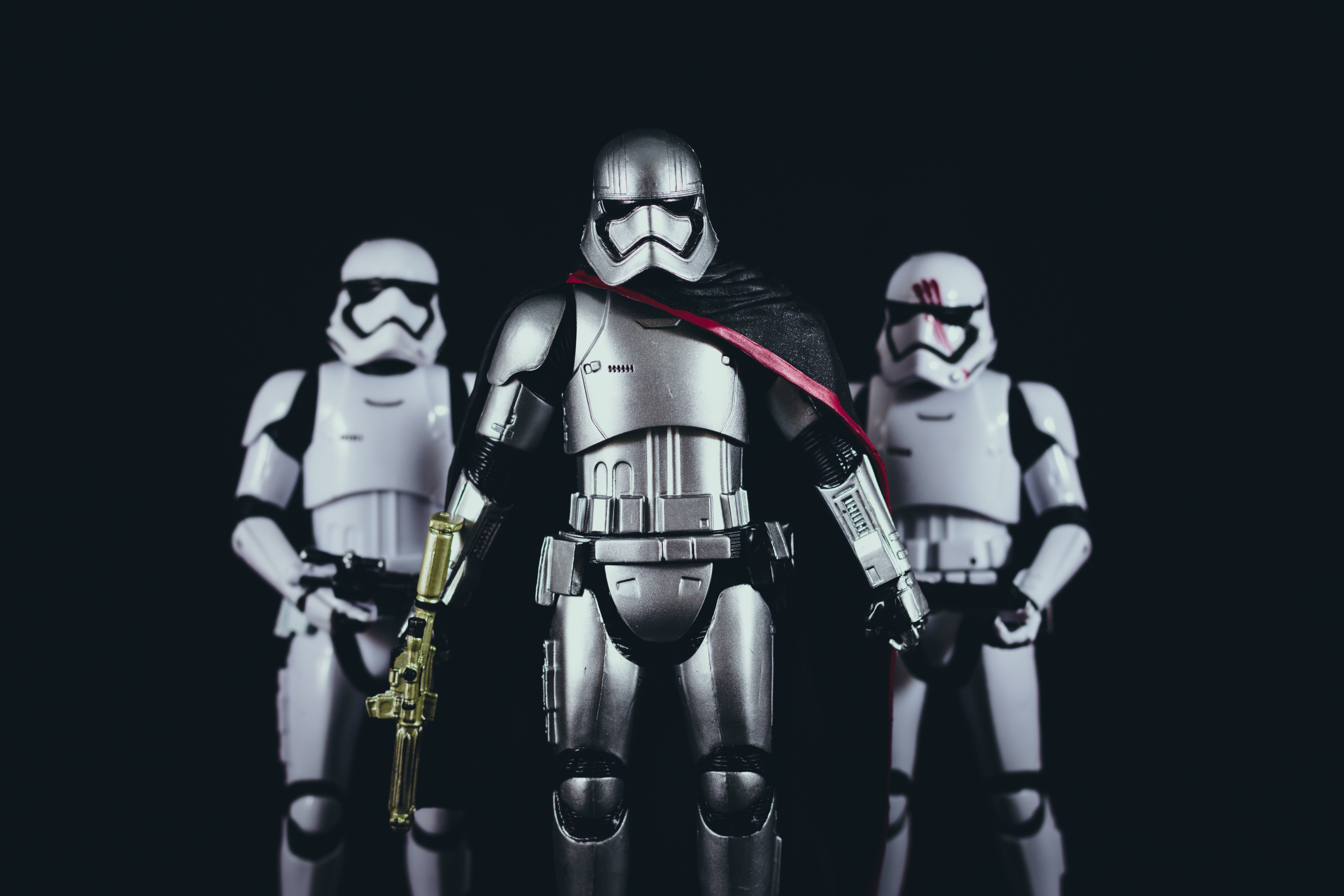 Finally the day had come for me to get my butt into a seat at the movie theater to see the new Star Wars. It had begun to feel like I was the last one going to see it. Most of my friends had already seen it, some multiple times. But something always seemed to come up, until finally in a galaxy not so far away…the stars aligned. So with much anticipation, I settled into my seat and waited for the movie to start. I shared my excitement and accomplishment, by taking a picture of my ticket and posted it on social media.

It isn’t every month (although not so true anymore since Marvel’s success train pulled out of the station) that you get a movie you’re really excited about. Since I first heard that there was going to be a new Star Wars movie, I was looking forward to a new story. But then it was revealed that original characters were returning played by the very same actors that played them previously. I was sold. The opportunity to see Han Solo and Chewie with the Millennium Falcon–in theaters–the way the generation before me did in the late 70s and early 80s, how could that not be exciting?

The Star Wars logo pops up on the screen…the scrolling paragraph creeps its way along, growing smaller the further into space that it floats. The familiarity is definite and welcoming. You get a brief, “Here’s what you’ve missed” to bring the audience up to speed before being introduced to the current setting as the story unfolds.

Now, I won’t spend too much time breaking down the movie. In all honesty, I’ve already started to forget details, it was over two weeks ago. But retelling everything that happened would also be a bit boring I would think. As I’ve said before, most people have seen it multiple times now and don’t need a recap. If I were a reader, I would much rather prefer the author get right down to it and provide their opinion. So that’s what I’ll do.

I’ve heard thoughts on the movie from quite a few people. The consensus: it was a nostalgic call back that was fun and entertaining–it was a good movie and liked a lot by many. There were some complaints. As with anything, there is always room for improvement. For some, it was not a great movie, and for others a disappointment. I have not spoken to anyone who felt it was a disappointment, but have heard about it. I had a conversation with a co-worker about feedback that he had heard, people thought the movie was too much like A New Hope. In fact, some people thought it was a completely recycled story. I would disagree. Was there a lot of similarity? Yes, there is no denying that. But, was that a bad thing? No. If you’re going to add on to a long standing franchise that is well beloved by Star Wars nerds/geeks/fans, you will want to add fan service to the first movie following ten years after a trilogy that many would like to forget.

A New Hope paved the way for the original trilogy and I see The Force Awakens doing the same thing. It doesn’t have to be completely original, if you think about it, the characters and even the galaxy itself has reverted back to it’s past ways. There is an evil force threatening the peace and existence of good and there is a group set on stopping them. It’s been many years after a tragedy that saw the disappearance of a great jedi. Is it not plausible that history would be doomed to repeat itself? There is real life evidence of the same thing happening in reality, World War I and II ring any bells? So to fault Star Wars for repeating a plot that our favorite characters once faced, and now our new characters, not really fair.

I spent a day and a half catching up on podcasts with Star Wars related content, all episodes that I had been waiting on until I watched the movie. The most of the hosts were positive about the movie and shared my opinion and a couple liked the movie but made mention of it’s “faults”. There was no originality. The opening with a space ship, a young person on a desert planet, the wise old man, the droid with a secret message, a Death Star-like super weapon. But it was a different young person in a different situation. Rey had no family and was struggling to survive in a harsh environment, different than with Luke, The wise old man was keeper of a secret. But he was also Max von Sydow, and that’s enough said right there. The droid with a secret message…yes I know, but don’t you deny BB8 was cool and adorable–unique and independent. He asked to stick with Rey, she didn’t even want him around at first.

I could go on but that’s not the point. It’s common for movies to use tropes. The Star Wars movies are no different. The original movies were riddled with references that George Lucas took from other films. So it’s not surprising that another director did the same thing by paying homage to the Star Wars legacy with some fan service in The Force Awakens. If the movie had been completely different than A New Hope, I’m sure there would have still been people complaining. You can’t please everyone and everyone is entitled to their opinion.