By Stefanie Muniz on Saturday, September 5, 2015 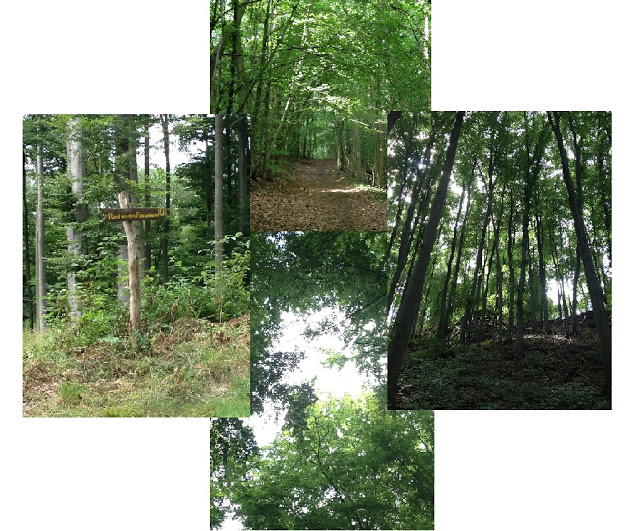 As the past would dictate, this post has been delayed again and again. I had not anticipated how long it would take me to recount the most interesting details of my Germany trip…then I went on another trip. So stay tuned for the next travel post forthcoming.If you haven’t guessed it, this post is about Germany. Annual vacation time spent visiting family specifically my grandparents. Familie und Entspannung literally translates to Family and Stress Relief, how I spent two weeks worth of vacation from the 16th through the 31st of July. The time went by far too quickly as time does while on vacation. But it’s never truly a full two weeks that you can enjoy even if that’s how much time you’ve taken off from work. This is mainly due in large part to time loss and jet lag.

Two weeks is about the most vacation we can request at one time, at least where we work. For anyone who has traveled internationally before, you know that two weeks is not a lot of time for all the traveling involved, especially when you have to span an entire country and an entire ocean to get where you’re going. Living nearly on the western coast of the United States, flights from Phoenix, Arizona to Frankfurt, Germany always involve touching down in a state on the East Coast and some length of layover. Then it’s a 8-9 hour flight on top of that from the Eastern State across the Atlantic to Germany. We were traveling for over 30 hours from the 16th to the 17th, counting in layovers, losing time across time zones and a train ride, from the time we woke up to the time we finally arrived on my grandparents’ doorstep. You arrive exhausted to the point you can barely keep you eyes open. But you have to stay awake until the evening so that it’s easier and quicker to get adjusted to the new time zone. It took us a good three days to get adjusted which wasn’t bad, but that there was also not a lot going on those three days.

But there were good parts to all the travel too. Flying with Delta was actually pretty great. They provide lots of snacks, have lots of movies to choose from and games. I kicked butt at solitaire and placed in the top three scores in the game, I got sixth place, kept playing and got third. So it then became my goal to get second and first–easily obtained. I also played some mahjong and tried learning Italian. When all you can do is sit, you get through a lot of movies, some which I had seen and some I hadn’t. On the way there: What We Do in the Shadows, Seventh Son, Home. On the way back: Big Hero Six, Cinderella, The Second Best Exotic Marigold Hotel, The Hobbit: Battle of the Five Armies, The Imitation Game. Delta airlines also has the greatest safety video I have ever seen.

We woke up at 8:00am every day to the sounds of the church bells ringing, as they do every morning at that time, and again in the evening at 6:00pm. The sound of the bells echoing through the small town is one of my favorite sounds ever. Breakfast with my grandparents at the kitchen table consisted of fresh bread and broetchen (rolls) with wurst (sausage) or jams–a traditional German breakfast. It’s rare to eat a hot meal for breakfast like we do in the states, those are reserved for lunch and sometimes dinner. Lunch tends to be the main meal of the day, followed by coffee (or tea) and cake or other pastries in the late afternoon. Leaving a smaller dinner consisting of bread and sausage or left overs from that day’s lunch. This is the norm, or at least it is for my grandparents which we followed along with for the most part. But we were on vacation, that means enjoying yourself and the food that you just can’t get back home. Several lunches and dinners consisted of delicious currywurst (bratwurst with curry sauce), wienerschnitzel, traditional German meats from the butcher and of course…German beer. Add in German chocolate and gummi bears for my sweet tooth, oh and traditional Italian ice cream (yes, Italian).

Germany is a popular place for Italians, which luckily led to two different ice cream shops in our little home town.Not every day was spent just eating food, a lot of our time was spent wandering around town. We walked a lot, everything is conveniently within walking distance. The shops, restaurants, cafes, salt water spa, old buildings, parks, ponds, the river, forest trails, train station. Bikes are a popular form of transportation as well, it would be my choice of transport if I lived there, you can bike to the other villages or take the bike onto a bus or train for longer trips. The public transportation system in Germany is great, making it easy to get around on vacation without needing to rent a car. Every year, we take a two hour train ride north from the Frankfurt airport, to the small spa town of Bad Sooden-Allendorf. This usually involves at least one train switch 3/4 of the way there in the large city of Gottingen, changing from the fast-moving ICE (Inter City Express) to the smaller and slower regular trains. This is necessary because the bigger ICE trains don’t stop in every small town, in order to criss cross Germany at high speeds. It’s a great way to see the country and it’s varied cities–all from the comforts of a cushioned seat without having to worry about getting lost. One day in particular was set aside to celebrate my grandmother’s 91st birthday. The main reason we spent an arm and a leg to fly in July. Her birthday was on the 21st and began with a visit from the pastor. He stopped by the house, chatted with us all before heading on his way to tend to his pastoral duties. We went out in the afternoon, around 3:00pm for coffee and cake–which is a thing you do on a German afternoon. My cousin, her husband and their children joined us, as did my Aunt and my other cousin. I enjoyed a delicious slice of cake and a latte. When finished, we moved outside and enjoyed a round of beers and ice cream for the kids. It was a very enjoyable day.

During the hike, we came across a variety of wildlife (no not just bugs). At the halfway point on the trail, deeper in the forest than I ever recall being, a deer crossed our path. Really we came stomping along in it’s path and it ran away. I caught a long enough glimpse to tell it was a fairly young dear and watched it spring out of sight. Mom missed it and at first she did not believe me that it had indeed been a deer.

Another great thing to do while visiting the local area, is hiking in the woods. We had decent weather for a majority of the time, but unfortunately some rain on and off. Rain and dirt trails do not mix well and makes for trudging through mud rather than hiking. This of course meant we only made it into the woods once in the two weeks that we were there. It was a shame, but we made good use of that one time and made it into a 10 km wander through the woods. The bugs were less than friendly and my legs looked like they’d contracted chicken pox from tiny bees, itchy as hell. But nothing a little bug bite spray couldn’t fix. Then there was our 30 km bike tour through the countryside. The weather was less than cooperative giving us 15 minutes of pouring rain which required 10 people with bicycles to hide under trees. It was not a great time to be sans jacket. The cool breeze helped marvelously to dry my shirt–until the sun came back out. Both the hiking and bike ride had they’re additional rewards as well, besides just the exercise. The best part of the bike ride, other than the enjoyment of getting to ride around for such a long time, was being around people that were enjoying it as much as I was. These were not young people either, they were all much older and put me and my out of shape body to shame. I was usually towards the back of the pack, going slower, for two reasons. One: as previously mentioned, I was out of shape. Two: my mother was even slower than me and I agreed to not go on too far ahead and leave her behind. I’m a good daughter. Although, a couple times I did move ahead but I was always in sight…I hope. But the best part…the bike rider’s rest stop we wound up at on the way back, where they serve beer. I did not have a beer, because I was dehydrated enough and stuck with water. But the fact that you can go on a long bike ride and then stop at this place for a rest and have a beer–it’s fantastic. Germany knows how to treat their bicyclists. They even served foods as well, and they were an inn for kayakers as well, but you sleep on straw beds. Yeah, you read that right, straw beds. It’s like camping except sleeping bags on straw…inside a house. Seems odd but certainly peeked my interest.So that is the summary of my Germany vacation, the interesting highlights. I enjoyed it and it ended too soon, like every vacation. Next year, we plan to go in October–that will be a fun time.