This Past Week in Marvel News 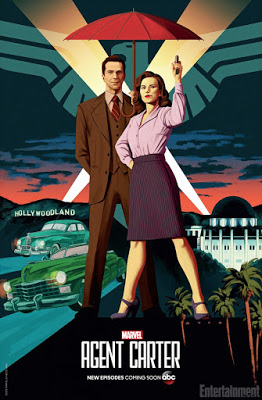 This past week brought on a few interesting tidbits in Marvel news. Updates on the upcoming Deadpool movie, season 2 of Agent Carter, plus a fake news report promo for Ant-Man.

First up, Nerdist revealed a new photo of Deadpool played by Ryan Reynolds, slated to hit theaters in February of 2016. They also shared news of the movie’s proposed rating. Previously there had been talk of a PG-13 Deadpool much to the chagrin of fans, fearing a watered down Wade Wilson. Simon Kinberg (producer) ensures a rated R movie, which if true would make this the first ever R rated comic book movie.

In a recent interview, Ryan Reynolds promised a big slobbering kiss, with tongue, to whoever originally leaked the test reel. He basically credits the leak for securing his role and the movie adaptation after ten long years and  only one Wade Wilson-esque role in an X-men movie (X-men Origins: Wolverine).

Looking at the new image, they are clearly drawing their inspiration from the leaked test CGI footage.

The 28 second clip starts off with Ms. Everhart teasing a discussion of the fallout in Sokovia (the ficitional country in which the latest Avengers: Age of Ultron was set). Then “in other news”, she goes on to say they will also be revisiting a case from a few years ago. This case involving the former Vistacorp employee turned cyber criminal, Scott Lang and his pending release from prison on July 17th. Nice one Marvel, I see what you did there. His release from prison, coinciding with the movie’s release in theaters on the same day. The clip ends with Christine Everhart urging viewers to “follow” them online for more stories, giving the news network’s twitter handle @WHIHOfficial (https://twitter.com/WHIHOfficial) and Google Plus page (https://plus.google.com/u/0/+whihnews/posts).

Hint: Follow them soon, there may be a news story premiering tomorrow, July 7th.

Last but not least, Marvel gave us further updates on the second season of Agent Carter. The show which took place in the time period directly after WWII and the disappearance of Captain America from the first Captain America movie, The show revolves around our heroin, Margaret “Peggy” Carter and her life spent busting her chops to show her worth as an agent in the SSR.

With San Diego Comic-Con looming, Marvel released a photo of the poster they would be giving away in limited quantities at the event. The second season was picked up after the success of Agent Carter’s freshman start, much to the happiness of fans (myself included, no surprise as I love the entire WWII era: the music, the fashion, the beginning of the golden age of Hollywood).

Lucky for me and anyone else into that era, the new season is set to take place in Hollywood. Show runners hint at a Noir Film vibe with all the glitz and glamour mixed in with the crime and grit. This giving the second season a versatile environment to work with.

If you plan to be at SDCC this weekend, swing by the Marvel Stand #2329 to grab yourself a poster, or grab me one if you’d be so kind (while supplies last).