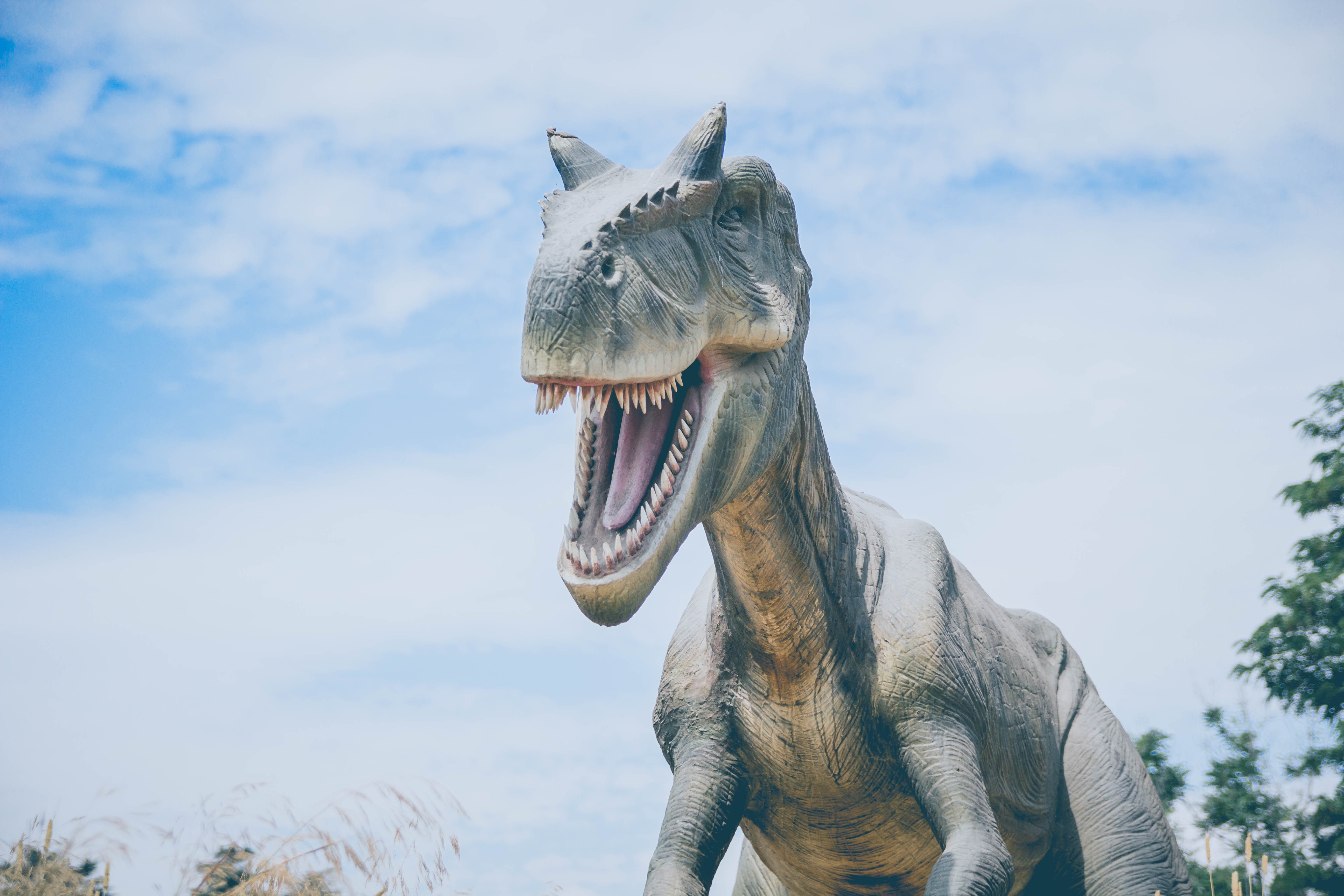 You know you’re watching a good movie, nay great movie, when it has you at the edge of your seat. Now that also could have been because I got stuck in the neck-breaking seats so I had to slouch down as far as possible. But that’s besides the point. Emotionally, I was very invested in this movie. I can’t remember a time that I was so excited to see a movie because of it’s relation to a childhood favorite. As soon as that theme music started, I could have cared less about: the crappy seats, how crowded it was, the sticky floor, the small children in the row behind me. All that melted away and I was 6 years old again, watching dinosaurs roam around a park like elephants at a zoo.

This movie captured everything that was nostalgic of the original while adding updated and modern effects to give it an edge–the wow factor–that the first didn’t have. Not to say that the original wasn’t advanced for it’s time, it certainly was, the dinosaurs were life-like and convincing, very cool. So, it’s only a given that 22 years later, Jurassic World would pick up where Jurassic Park left off, not just in story-line but in entertainment and then kick things up a notch.

The cast was fantastic. Where the original gave us a brother/sister duo, this movie introduces us to two brothers (Zach and Gray) on vacation visiting their Aunt Claire (park manager) at Jurassic World. Claire is played by Bryce Dallas Howard. You’ll most likely remember her from: The Help, Spider-Man 3, Lady in the Water, The Village. Daughter of renowned actor/director Ron Howard. Opposite the leading female character (as the leading male) we have Chris Pratt as Owen. The attractive, ex-Navy dinosaur whisperer. I’m sure I don’t need to explain what else he’s been in. It was only one of if not THE highest grossing movie of last year. But, just in case someone out there has been living under a rock…Chris Pratt was Starlord A.K.A Peter Quill in Marvel’s Guardians of the Galaxy. Also: Zero Dark Thirty, Parks and Recreation, The Lego Movie. The cast is rounded out by the talented Vincent D’Onofrio (Daredevil, Law & Order: Criminal Intent), Bollywood leading man Irrfan Khan (Slumdog Millonaire, The Amazing Spider-Man), New Girl’s Jake Johnson (Let’s Be Cops), Omar Sy (X-Men: Days of Future Past), the familiar face of BD Wong (Law & Order: SVU, Jurassic Park) and Judy Greer (13 Going on 30, Ant-Man).

Despite this great cast, I have to say that once again the real stars of this movie are the dinosaurs. Everyone’s favorites are back, from the T-rex and Velociraptor to the Triceratops and Stegosaurus. Similar to the objective of the park itself, this movie introduces a brand new dinosaur with the intention of fascinating (possibly scaring) the movie-going audience. The Indominus Rex, genetically engineered killing machine, is part T-rex but much larger (with some other things thrown in). Naturally, things go sideways with their new beastie and we have a similar but re-imagined invigorating story-line. Dinosaur gets lose, dinosaur terrorizes and eats people, heroes stop dinosaur. Add in some new tech, some old tech, a few chases, explosions…and you have yourself a awesome movie.

It’s funny, I had more of an emotional response to the dinosaurs than to the people in the movie (except for Owen of course. What? I have a crush on Chris Pratt, who doesn’t?). Watching a dinosaur die, after having been attacked by the “big bad”, was heart-breaking and very nearly brought a tear to my eye. I don’t always cry (hardly ever) but when I do…it’s over a dying Brachiosaurus. Just like the original, my love of the Velociraptors has carried over to this film. Only in this case, they are even cooler and there are four instead of three. Blue, the Beta raptor, named after it’s coloring plus her three sisters: Charlie, Delta, and Echo. There were infant dinosaurs in a petting zoo that were so freaking adorable you just had to go “Awwww”. A little kid hugged a Brachiosaurus and I wanted to take it home, the dinosaur not the kid. Triceratops with saddles for ridding were also very cute. The petting zoo scenes were the first time we got to see multiple young dinosaurs at length on screen. The original only had one baby raptor on screen for a short time.

There were baby dinosaurs, big dinosaurs, flying dinosaurs, even an aquatic dinosaur. This move had it all and more. It was exciting, gripping, shocking, sad and funny. I have been looking forward to seeing this movie since I first heard about it and saw the trailer. It was everything I had hoped it would be and I was not disappointed. In fact, I plan to see it again next week. Not even Avengers AOU left me with the need to go see it again in theaters. But this movie definitely…3-D Indominus Rex in my face! I recommend the movie and can hardly wait to talk to my co-workers about it in the office tomorrow. Cue the theme music! Doodoodoo doo doo doodoodoo doo doo doodoodoodoodoo doo doo doooooooooo.

Photo by Alvaro Reyes on Unsplash