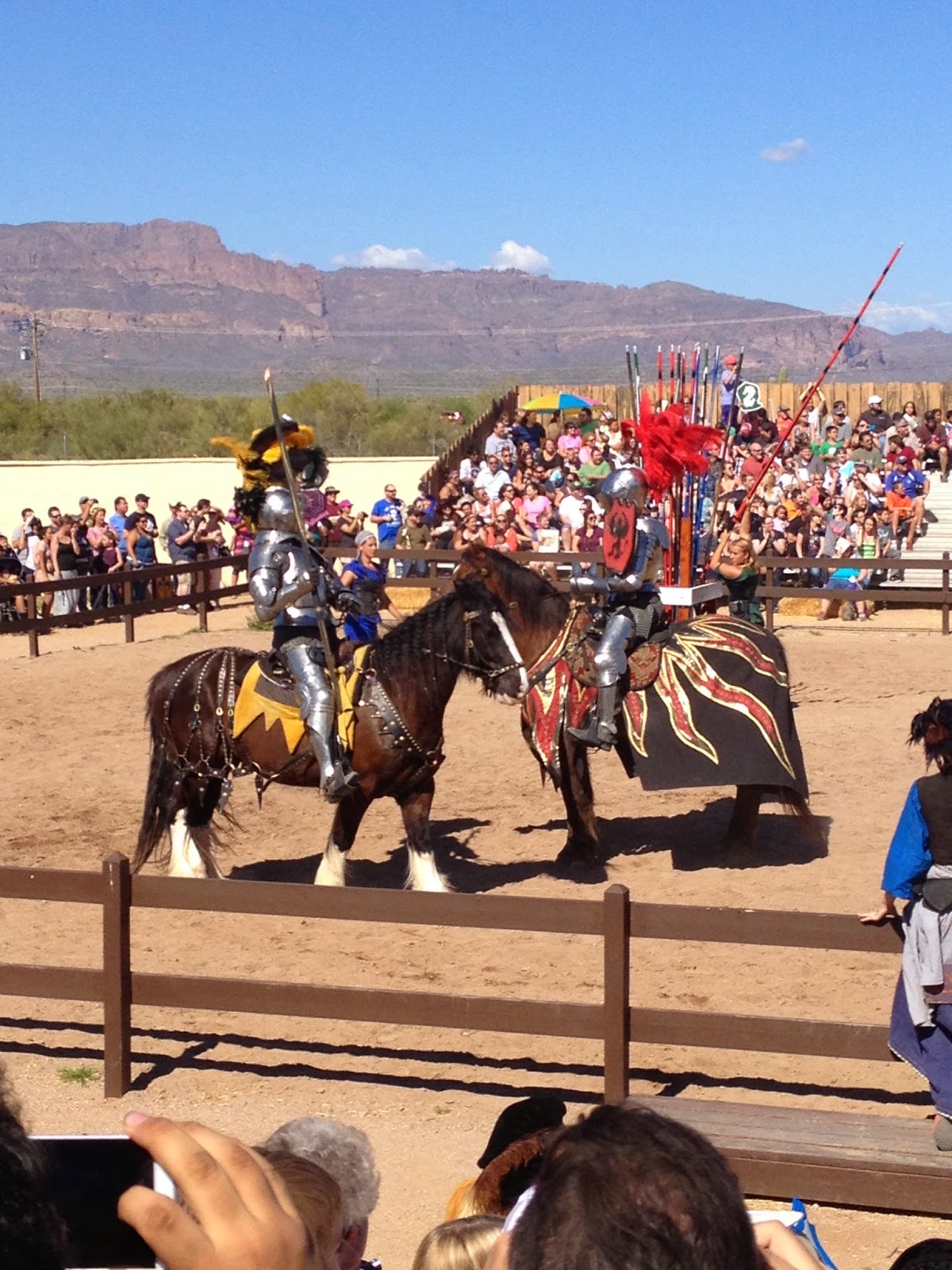 Last Saturday, my mother and I made our annual pilgrimage to the far east side. It’s an hour and a half journey, that probably should only take half that time but there’s always a traffic jam to weather through. It’s the only road that takes you to where the Arizona Renaissance Festival takes place, every year February through March. Unless you leave extra early, which we can never seem to pull off, you’re expecting to be in stop and go traffic for 45-50 minutes of that hour and a half. It’s a very popular destination this time of year and rightly so, it’s fun for the whole family with plenty of alcohol for the adults. Plus, where else can you tear apart a large turkey leg with your bare teeth?

So after finally snaking our way to the main entrance, I usually take a moment to allow by bum to wake up before gathering up my things and putting up the sun visor. This is an all day event so the more protection against the sun that you have, the better: sun visor for the car, baseball hat and sunscreen for me. It’s always a good idea to bring cash with you, especially if you want to avoid waiting in line at the ATM machine along with the associated ATM fees. $26 can go a long way if you’re frugal and stick to food and drink. Why such an uneven number you ask? (Even if you didn’t, humor me) I had $6 left over from Starbucks the previous day and I got $20 out before we left. I was able to get two bottles of water, a turkey leg, roasted almonds and a small flag banner type thing (Flanner?). It may not seem like much but it was good enough for me, besides, I benefited from the cash my mother brought as well. Three words…chocolate covered strawberries, oh and beer, not at the same time. There is so much to do at the Ren Fair, you can follow the schedule as much as you want to but you will miss 80% of everything else. There are about a dozen different stages with different shows every hour spread throughout the park. Each show ranging from family oriented variety shows to humor and music.

Then there are game stalls: shooting arrows with bows, throwing stars, a maze. Shops: books, weaponry, jewelry, odds and ends. Food, glorious food. Drinks: soda, smoothies, coffee, teas, beer, mead, wine, mixed drinks and of course water. The raspberry mead is delicious but unfortunately small compared to how much it costs. You’re better off with regular beer. There is a variety of food, so if turkey legs are not your thing (to which I say, what’s wrong with you?) you will have no trouble finding something to chow down on: roasted corn on the cob, various bread bowls, everything on a stick (ok really it’s just chicken and sausage on a stick), pizza, crepes. day. A helpful tip, always try to arrive a half an hour (or at least 20 min.) prior to the joust starting to get the good seats where the sun isn’t shining directly in your face. You have the sun baking your back but at least you can see and if you don’t were a tank top you’ll be fine. We often miss the first joust, again because early not being our friend and usually get there just in time for the second. This time we got there about an hour before the second joust. We wandered, watched the second half of one performance and the first half of the second performance at the Dancing Pig Pub. It’s located just outside the jousting arena.

Also, not too far away from the jousting area is the food area. There are two main food areas (I believe), one at the far end by the jousting arena and the other at the front near the main entrance. We were already a bit hungry when we first got there (worked up an appetite in the forever line of cars), but kept right on going part the massive lines at the main entrance food area. The lines at the back of the park were much better and in about 15 minutes, we had our food. We made our way to the arena, found some good seats and ate our food while we waited for the show to start. Mom with her chili in a bread bowl and I with my turkey leg. There joust consisted of a lot of cheering for Sir Egeron (or Elgeron, it’s hard to remember, let’s call him the good looking one wearing my favorite color). Sadly, he did not win. We didn’t catch the final joust so I’m not sure how he fared in that one. At the end, we threw away our trash and continued to wander the fair.

Despite, what you have in mind before you arrive (sticking to a plan is almost impossible) you will undoubtedly wind up doing something completely different. You either forgot about a certain show, or the person you’re with has not seen the same shows you have. So you wind up being re-introduced to some great things at the cost of missing out on something else, but it’s a price worth paying since it will pay out in fun and laughs regardless.

So my advice to anyone who has never been to the Renaissance Festival: go forth and be merry! In other words go, you won’t regret it. Try to fit as much into your day as your poor legs and wallet can handle. It took me years after moving to this state to finally get around to going. I’ve been going every year since. Each year brings a new and interesting experience. I am sad to see it end but always look forward to next year. Luckily, I usually have other things to fill the gap: Phoenix Comicon, vacations, other fun things that might come up. So it makes the wait a lot easier. I had hoped to get this post up sooner, since this was the last weekend of the fair. But, I had little time to work on any writing that wasn’t involved with work. So, you will just have to promise to take me up on my advice next year (I’ll be checking, no I won’t, but it sure would be nice if you did though). Huzzah!