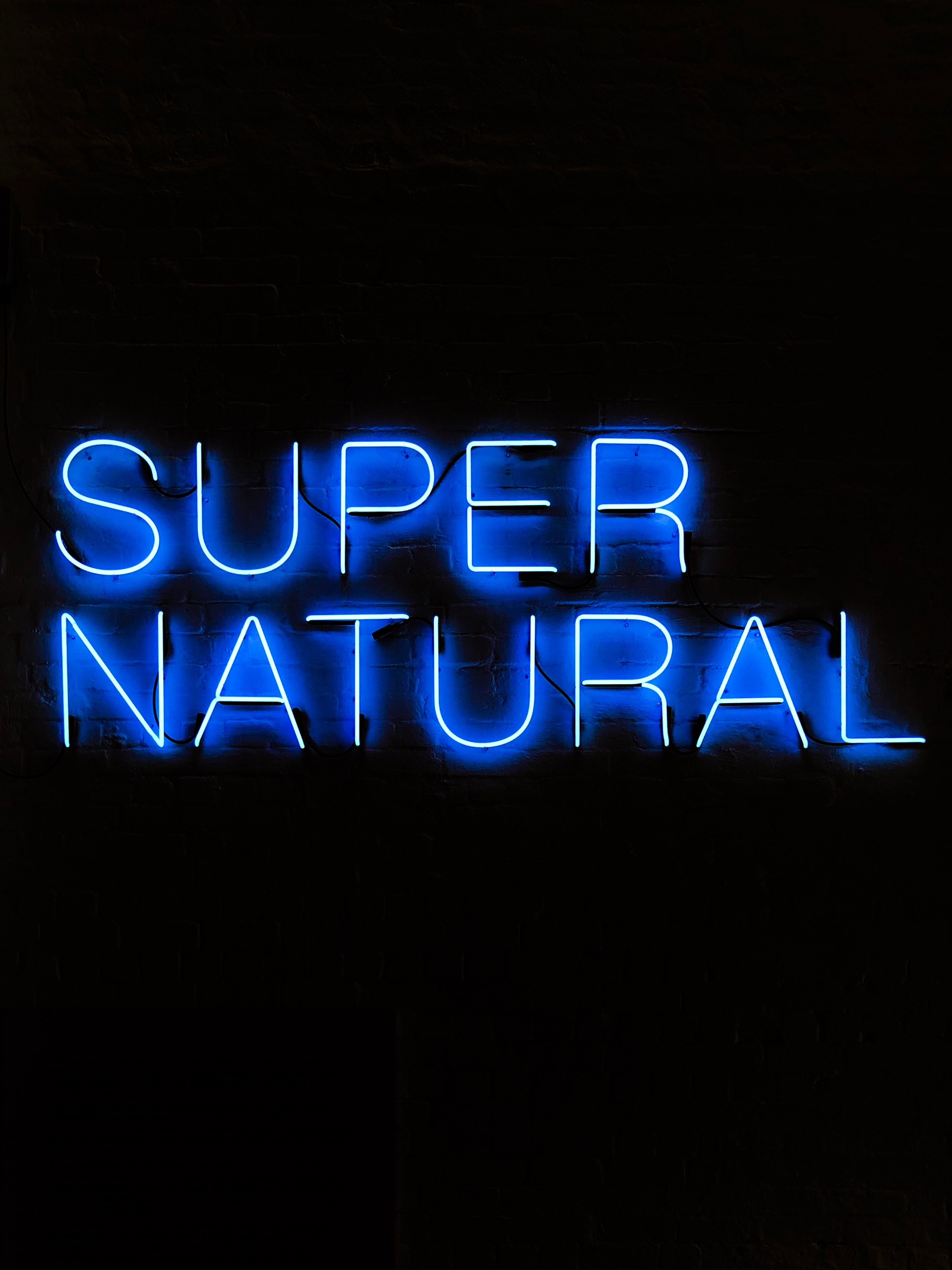 A couple weeks ago (Feb. 20-22, I know, a bit behind), the first ever Salute to Supernatural convention was held right here in Phoenix at the downtown Sheraton Hotel. I was fortunate enough to attend the convention (my first Supernatural con) and had a great time. I’m not a stranger to conventions, having been involved with Phoenix Comicon on a volunteer basis since 2012. But this con was my first in regards to experiencing it from an attendee viewpoint. A financial restriction kept me from getting photos, autographs and swag but it did not keep me from enjoying myself. I really liked the panels–they were interesting and very informative. Spending time with my friends, meeting new friends, who all share my love of the show is what made the entire weekend worth it.

A few things taking place prior to this convention nearly had me skipping it entirely. A delay with filing my taxes (not on my end), car accident which put my vehicle in the shop, but ultimately my inner fangirl would not accept missing out on a convention in my own backyard. Luckily, a friend had a free pass for Friday so I only had to cover my admission for Saturday and Sunday. My friends, who are true definitions of SPNFamily (the fandom nickname for fans of Supernatural who consider themselves a family, inspired by the actors of the series) were more than willing to ensure I had a ride to the convention, helped me forget my worries for a bit and gave me a weekend full of laughs and great memories.

Friday, we arrived just in time to sit down for Lauren Tom’s panel who played Mama Tran. She is so petite and adorable and had great stories about working on the set of Supernatural, working with Jensen and Jared and of course with her TV son Osric Chau who played Kevin Tran. She has a large body of work from shows such as: The Simpsons, Futurama, King of the Hill, Friends (so many other voice acting credits)–to movies such as: The Joy Luck Club, Bad Santa, Bad Teacher, Wallstreet. Right after her, was Osric Chau dressed as Gaara from Naruto. Osric is well known for his elaborate costumes in the last couple years, a different one at each convention. Osric is a precious human being–his kindness and love of the show and the fans alike easily comes across during his panels.

After roaming the vendor hall and meeting up with our group, we all headed out to dinner at the mall across the street to kill time before the much anticipated Karaoke Kings Friday Night Karaoke Party, hosted by the con’s MC Richard Speight Jr. (Gabriel in the show) and his partner in crime Matt Cohen (young John Winchester/Michael). These two are a hilarious duo and make the karaoke party a huge highlight of the weekend. I knew a bit of what to expect having seen videos on Youtube from past conventions, but being there in person was definitely a much better/different experience. Everyone was singing along, many of the actors came out to sing their own songs including: Osric, Lauren, Gil McKinney (Henry Winchester), Mark Pellegrino (Lucifer), Rob Benedict (Chuck in the show, lead singer of indie rock band Louden Swain).

The fans were of course also able to get up on stage, they were all chosen at random from a huge pile of submissions. We all entered, a couple of us as a group and a couple as solos. Our group got called up for Billy Joel’s Only the Good Die Young, which we regretted a bit afterwards because while it is a great song it is not necessarily a good song for a group. But the crowd enjoyed it and we had a great time…bonus I got a hug from Rob Benedict. I submitted a Pat Benatar song, one of my go-to karaoke artists. A friend submitted what would have been my submission but entered it first, Lovin’ Touchin’ Squeezin’ by Journey. Anyway, there is both photographic and video evidence of our singing out there.

I arrived late on Saturday and missed a few panels after having spent my morning waiting for the pest control guy and getting a rental car. But once again, just in time for a great panel, that of Mark Sheppard (Crowley). His sarcasm and humor are great. He also is very appreciative of his fans. He walked off the stage and strolled through the audience pausing here and there to chat with fans while answering questions with a tone of snark. Afterwards, it was meet up time with the group again to grab lunch during which we happened to spot Misha Collins (Castiel) walking past the restaurant with his Meet and Greet group of fans. They stopped for a bit so Misha could give a couple of girlscouts some giant pixie sticks (he had bought a bunch for his entire group, from a kid selling them at the mall) and buy a large stack of cookies from them. At the same time, Mark Pellegrino showed up, also having been out and about at the mall. He paused to say hello to Misha and the fans then continued on back to the Sheraton. We all got pictures, naturally. After our meal, we went outside to the mom with the girlscouts and chatted with her. She had no idea who Misha was and we were more than happy to explain. She said she would definitely look him up when she got home. Back to the hotel we went for Richard, Matt, and Rob’s Panel and after that Misha’s. Dinner was at My Big Fat Greek at the mall (we spent a lot of time at that mall, close proximity food) prior to the Louden Swain concert. The concert was fantastic, as I knew it would be. I was already a fan of Rob and his band having been turned on to their music by friends when I first starting watching Supernatural. Similar to the karaoke show, the concert was littered with guest appearances by cast: Osric, Gil, Richard, Sebastian Roche (Balthazar). But it wasn’t until Jensen Ackles (Dean Winchester) made a brief appearance that the crowd went crazy. He sang a five part harmony with Richard, Rob, Billy, and Michael (Billy & Michael are two of Rob’s bandmates plus Stephen) to the song Seven Bridges Road by The Eagles. This was followed by an even shorter appearance of Jared Padalecki (Sam Winchester) who greeted the crowd then fled the stage after Jensen asked him to sing with him. But despite their short time on stage, their presence there at all on a Saturday was a first in the history of Salute for Supernatural cons.

The first day that I could have arrived early, I wasn’t able to. The day started with the ballroom being reserved for gold members only and general admission didn’t need to show up until after lunch. This of course was Sunday, the big day for the boys’ panel. I think I got there around 11 in the morning and wandered around the vendor hall after getting my final armband. I knew photo ops were going on and a couple of my friends with gold passes were in the ballroom, so to kill some time I wandered over to the table of the Supernatural Crossroads guys. The guys, who we first met on Thursday and hung out with a bit on Friday night, are local fans of the show that started their own Supernatural radio show/podcast.

I hadn’t listened to the show at the time, but have been binge listening to the entire years worth of episodes in the last few days. It’s a well produced, intelligent discussion based chat about Supernatural related topics and detailed reviews of episodes plus great cast interviews. Both hosts were at the table on Sunday, Thomas and Ryan, their producer Mike (who has as much to say on the show as the hosts) was missing at first. I took the opportunity to snag of photo with the guys and promised to start listening to the show soon. I have kept my word and have not been able to stop listening, suffice to say I really love the show. Besides, my list of podcasts had been missing a Supernatural themed show.

Fast forward to the panels…we sat through poor Colin Ford’s panel. I felt bad for the kid, the sound system was horrible so he had to ask people to restate their questions repeatedly. But he was adorable and smart even though you could tell he wasn’t used to doing panels. Cue the panel of the day, the thing everyone was there for (at least those of us in the cheap seats who didn’t see them earlier that morning)–Jared & Jensen’s panel. Despite having ear pieces in both ears, the stars of the show could still not properly hear people’s questions. Their prior experience with numerous cons has them well prepared to deal with such issues and retain their professionalism but also give the fans a good show. In true J2 fashion there was a lot of teasing and joking in addition to great story telling from the boys. To the sheer joy of everyone in the ballroom, Jensen showed everyone exactly what it would look like if the Winchesters tried hunting ghosts with a salt filled hula hoop. The fan that asked the question and I’m paraphrasing, “When Dean and Sam fight ghosts, why don’t they just use a hula hoop filled with salt?”–that fan was everyone’s hero that day. Jensen jumps up from the chair and proceeds to mime holding a shotgun and gyrate across the stage pretending to “hula hoop” with background music provided by the band. One of the funniest and greatest things I have seen in a long while and it happened more than one in lesser degrees. There is a lot of video out there, just Youtube: Phxcon Jensen Hula Hooping. You can thank me later.

So there you have it, my long winded (but hopefully not boring) write up on the Salute to Supernatural convention in Phoenix. If you’ve made it this far, I thank you.