Murder, Science, and President Roosevelt: A Review of The Alienist by Caleb Carr 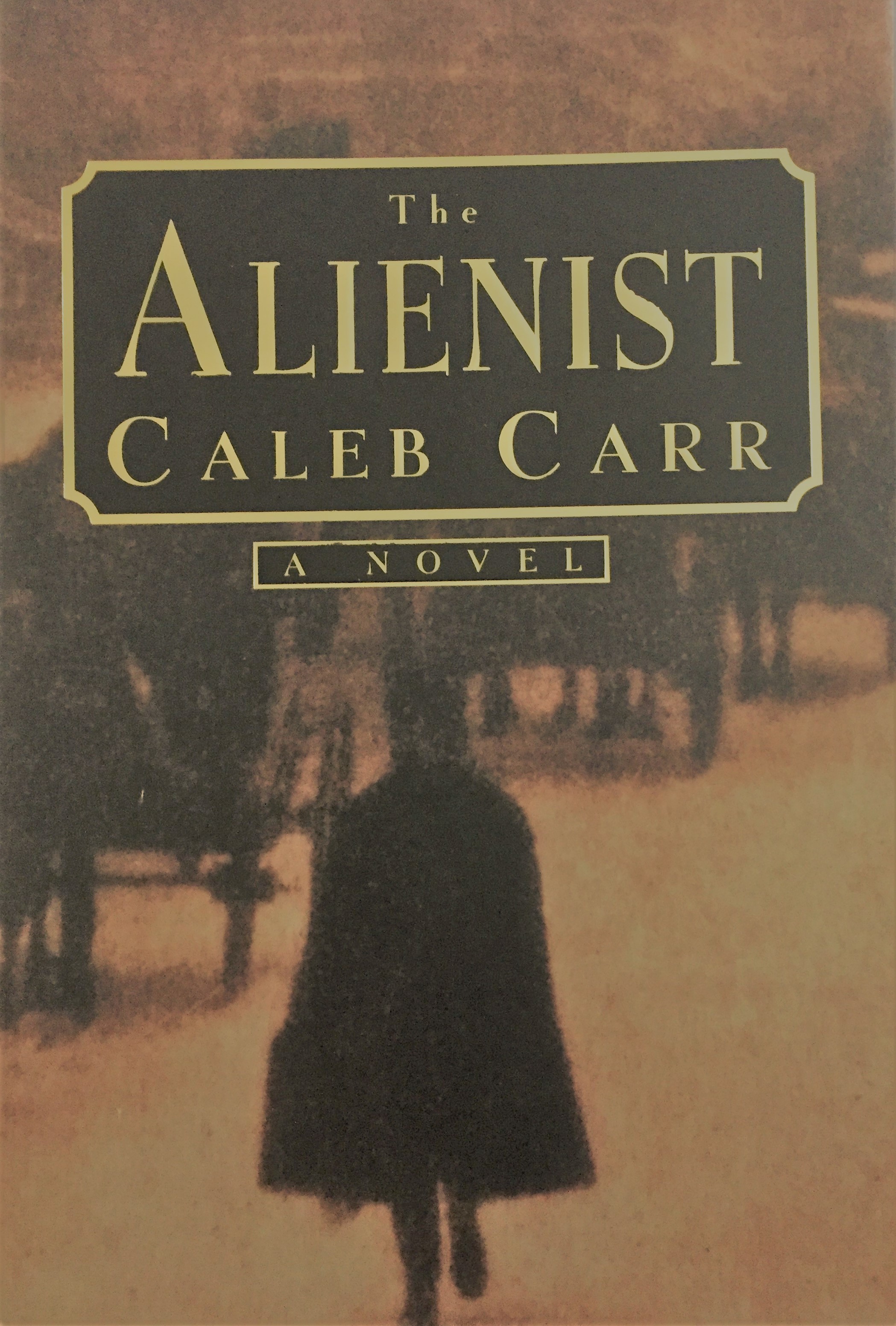 I decided to read The Alienist by author Caleb Carr, after a recommendation from a friend, Annaleis. She had not only mentioned the book, one of her favorite murder mystery books, on her podcast Dark Angels and Pretty Freaks but she had also sent a personal message urging me to check out the book. Since we have a similar taste in murder/mystery books, I bought the book and found time to read it.

The book was originally published in 1994, republished with a new Afterward in 2006, and then taken to the screen as a TV Series in 2018. I purchased it before the series was due to premier, with the intention of reading the book well beforehand. I make an effort to try to read the books that a series or movie is based off of, sometimes before watching the visual adaptation and often afterwards. Novels afford an author the ability to be very detailed in their works, so you tend to receive a lot more information about settings and characters, which may be left out of movie or TV adaptations because there just isn’t enough time or an easy way to represent those details in a visual medium. So I like to get that extra detail from a novel whenever I can. Now, let’s get into some of those details…

Before the story even starts, there’s a note: Prior to the twentieth century, persons suffering from mental illness were thought to be “alienated,” not only from the rest of society but from their own true natures. Those experts who studied mental pathologies were therefore known as alienists.

This note provides you a little background on the profession of alienist, prior to modern medicine and science when this profession transformed into what we now know as a psychologist.

The story is set in New York City in 1896, a time where the study of psychology used as a way to
determine the sanity of criminals as a science was not yet a thing. Also, criminal profiling and the use of fingerprinting were also not considered scientifically proven processes that would hold up in the courts of the time. Our characters, Dr. Laszlo Kreizler (the Alienist) and John Schuyler Moore (a university friend of Kreizler’s), are brought together when a boy prostitute dressed in women’s clothing is found brutally murdered atop a bridge. They are assigned to the case by Theodore Roosevelt, yes the 26th President of the United States. When more boys are found it becomes a race to catch a killer they know nothing about. Along with the help of Detectives Lucius & Marcus Isaccson and Sara Howard, they use what they do know and attempt to put together a profile of their Killer, hopefully, solving their mystery by digging into the killer’s past.

I don’t want to give away more than that, I’d rather you discover the suspense and thrill of the
chase and experience this story first hand. The Alienist is a fantastic psychological
thriller and fascinating work of historical fiction that you will not want to put down.

Now, since I can’t give away any more about the plot, I thought I would point out some interesting things about the novel and the author, that do not spoil any plot points of the story. The novel is split into three parts. Each part has two quotes starting it; quotes from an actual work of science and/or the arts.

Whilst part of what we perceive comes through our
senses from the object before us, another part (and it may be
the larger part) always comes out of our own mind.
William James,
The Principles of Psychology
These bloody thoughts
from what are they born?
Piave,
from Verdi’s Macbeth.

The same outer object may suggest either of many realities
formerly associated with it – for in the vicissitudes of our outer experience
we are constantly liable to meet the same thing in the midst of
differing companions.
William James,
The Principles of Psychology
Whatever I thought right seemed bad to others,
whatever seemed wrong to me,
others approved of.
I ran into feuds wherever I found myself,
I met disfavor wherever I went;
if I longed for happiness, I only stirred up misery;
so I had to be called “woeful”:
Woe is all I possess.
Wagner,
Die Walküre

The fons et origo of all reality, whether from the absolute or the practical
point of view, is thus subjective, is ourselves. As bare logical thinkers,
without emotional reaction, we give reality to whatever
objects we think of, for they are really Phenomena, or objects of our
passing thought, if nothing more. But, as thinkers with emotional reaction,
we give what seems to us a still higher degree of reality to whatever things
we select and emphasize and turn to with a will.
William James,
The Principles of Psychology
Don Giovanni, you invited me to sup with you:
I have come.
Da Ponte
from Mozart’s Don Giovanni

All three scientific quotes have a direct link to the subject matter represented in the book. While it may be a work of fiction, the science of Psychology (or it’s early predecessor of the time) is well researched and direct inspiration drawn from the real William James. These quotes were specifically chosen by the author to partner well with his story, one which revolves around mental health and the birth of Psychological Profiling. The arts are added in due to the fact that our main characters Kreizler and Moore enjoy a night out at the opera, as written by the author in this book.

Author Caleb Carr was originally a military and diplomatic historian who wrote historical nonfiction. After not achieving continued success with that genre, he decided to switch to writing fiction. But not just any fiction, a genre similar to his previous works, one he knew best, historical fiction. “From the first, I was, like most authors, interested in creating something different;  in my case, a “whydunit”, a story that could raise hackles even and especially if you know who the killer was from early on.”

When it came to The Alienist, Carr started with selecting a time in history where he could accurately represent the use of early forensic psychology and pinpointed the time when the first psychological laboratory was established by William James. This was at Harvard in the 1870s. Next, Carr chose the 1890s, to allow for the story to be set in New York City (where he was born and raised) during the time Theodore Roosevelt was president of the city’s board of police commissioners. There actually was a legitimate historical connection between William James and Roosevelt, who attended a class taught by James at Harvard: comparative anatomy. Carr was excited and felt lucky for the coincidence, as he had always found Roosevelt to be “the American leader who had always fascinated me most.” It was then just the point of coming up with the fictional connection to alienist Dr. Kreizler, and the rest is… history.

Fun fact, Carr managed to get this work published by tricking his manager and editor into thinking the work was nonfiction by pasting together photos of a fake Dr. Kreizler together with an actual photo of Roosevelt at his desk in the White House. He fooled them so well that they helped him bring his first foray into Fiction into reality, after they were told truth of course.

The Alienist has a sequel, The Angel of Darkness. I can’t wait to get my hands on this next piece of historical mystery work from Caleb Carr. But first, I urge you to pick up from the beginning, as I did, with The Alienist. If you also find murder mysteries interesting, especially ones with suspense and historical real life settings, then this is the book for you.