Engage Yourself in Ernest Cline’s Trope Rulebreaker: A Spoiler Free Review of Armada 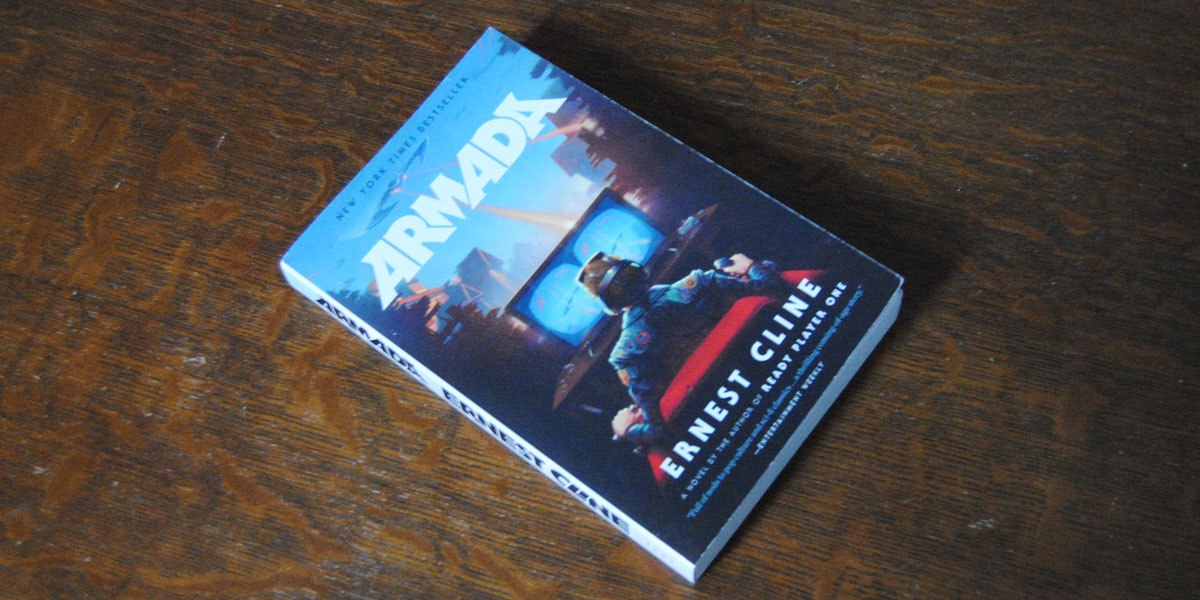 I recently finished reading Armada by Ernest Cline, author of the novel turned motion picture, Ready Player One. I really liked Ready Player One, but I absolutely loved Armada. It’s moved into the top spot on my list of favorite Ernest Cline novels, but to be fair, I’ve only read two. He is working on a Ready Player One sequel though, and he also wrote the screenplay for the movie Fanboys which I enjoyed.

Where Ready Player One had heavy influences from 80s culture and movies, while also being set almost entirely in a virtual world, this is not the case for Armada. Armada is set in the real world, following real people instead of virtual avatars. It is also set in a modern setting close to current day, instead of a futuristic Earth. You still get some 80s references mostly music, but there is much more 90s influence, given this is when our main character grew up. I felt myself relating more because I also grew up in the 90s, but I also remember enough of the music and pop culture of the 80s so I could relate to enough of Ready Player One as well.

What I mean by being able to relate more to Armada, aside from the pop culture, are the technology and machinery references of today. The computers, phones, cars, were all fairly similar to what we would see today, or within the last two and a half decades. But the biggest relate-able factor was that the society of Earth, the United States and beyond, could easily have been the US and Earth of today. The way the government and military worked, and the average person working at their job and living their lives.

All that sounds like it could be the life of any one of us, and then you throw in aliens, and invasion, and a secret government agency committed to saving the world. Yes, the Armada this book is named after is not an earthly one, but that of an unknown alien race set on attacking and destroying Earth. Now if you think this sounds very familiar and has easily been the plot for several Hollywood blockbusters, you wouldn’t be wrong. But Armada is so much more than that and has its own unique and clever way of going about the alien invasion trope. Don’t worry though, the book does not fail to mention those very same Hollywood blockbusters and does so in a way that is advantageous to both the plot and the reader.

From the very beginning of the book, we are introduced to our main character, Zack. From there, we spiderweb out to the rest of the characters as they relate to Zack. His mother, friends, employer, and many more people are introduced in the course of the novel as the story progresses. An important thing to mention about the plot of the book, is that there is a video game component similar to Ready Player One. So if that was something that hooked you from the other novel, you are sure to be pleased with the gaming aspect of this novel. And not just that, there is a virtual reality aspect as well. Instead of spending a lot of time in the virtual world though, you spend more time focused on the lives of the characters outside of their gameplay while also getting to see how the gameplay has affected their lives.

Without giving too much away, because I would rather you experience this book for yourself, I will say that this book does a great job of keeping the reader guessing. The story has a habit of leading you along, letting you think you have a complete grasp of what’s going on, and then throwing you a curveball. I appreciate a book that can play with common tropes but still surprise its readers.

So if you enjoy science fiction with a taste of alien threat, a side of 90s pop culture, a dash of the 80s, and a healthy serving of exciting twists and turns, then this book is for you.