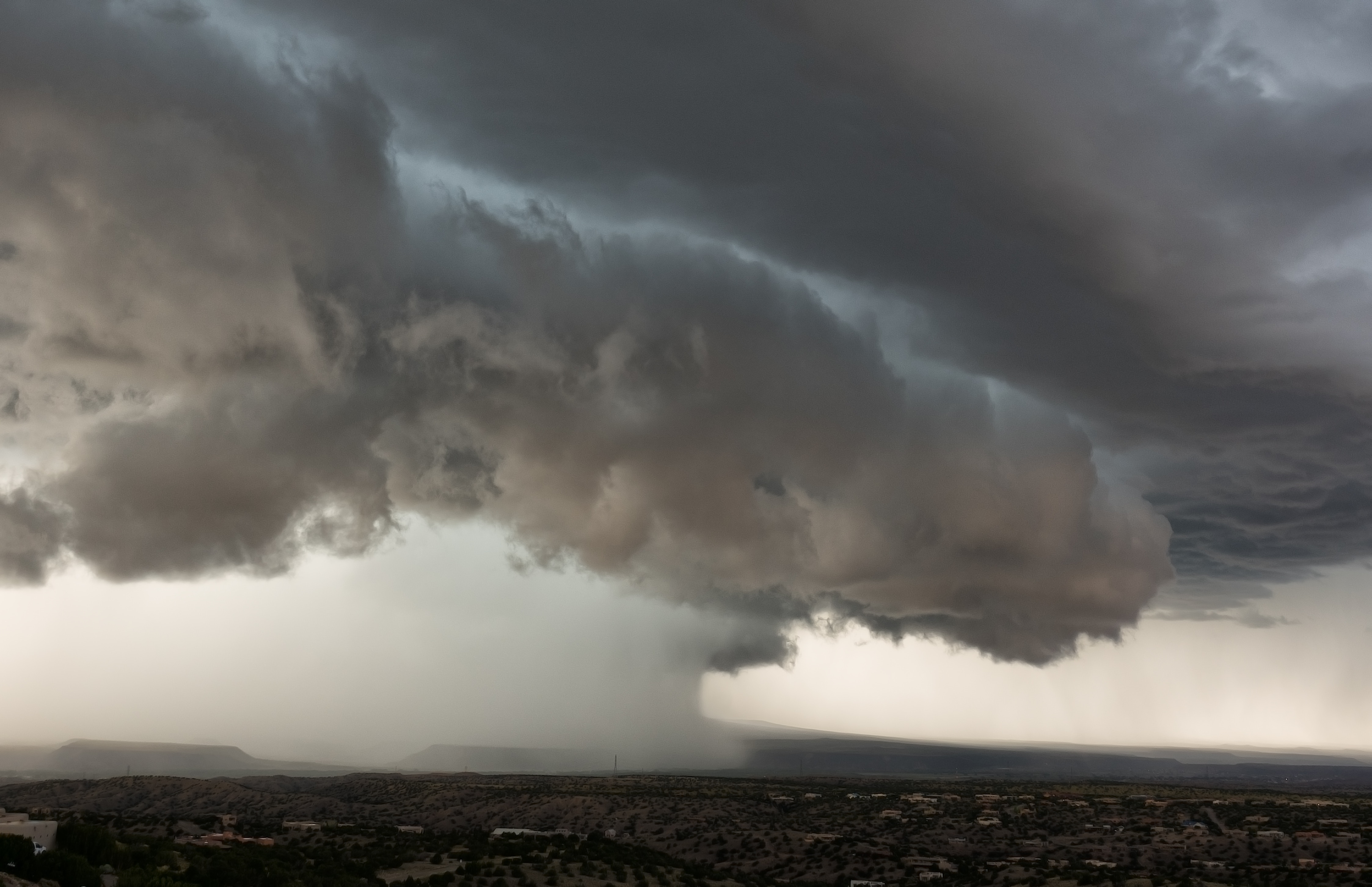 Sunday morning we woke up and prepared ourselves for breakfast at the Bisbee Breakfast Club before we made our way to Tombstone for Helldorado Days. Breakfast was delicious and we were all feeling incredibly stuffed–to the point where it felt as though we could have been rolled out of the restaurant. I’ve discovered a new way to eat eggs: with cream cheese. It’s tasty and I found myself wondering how I had never tried it before. But of course, I plan to eat it more often now.

We stopped at the scenic pull off to the old Bisbee copper mine and took some photos through the fence. There was a running stream that wound its way all the way down to the very bottom where it pooled in a dark brown pond. It was a fantastic view. From there we drove the short distance to Tombstone, watching out the car windows as the dark clouds loomed over head.

We hopped puddles crossing the street from the parking lot to the main street. We sought shelter under the awnings and walked beneath them all the way to the winery–Silver Creek Winery from Tombstone. They do wine tastings and I was looking forward to sampling different wines then the last time. By the time we finished (and left with three bottles of wine) the rain storm had subsided and we were hopeful it would hold off long enough to be able to properly look around. One of us in the group had not been there before.

Sadly, it was just the tail end of one storm and there was another lined up and waiting. One gun fight took place in the middle of the street while the clouds dribbled on the outlaws and lawmen. They had to hold tight to their hats as the wind whipped through, letting go to draw their guns. Three outlaw went down and spent a good five minutes lying on the wet dirt road. The show ended and the heavens opened in applause letting loose more rain water from above.

It was around that time we decided to call it a day, weather radar had been checked and it didn’t look like it was going to let up at all. Besides that, it was getting on into the afternoon and we didn’t want to head back home too late.We did have a three hour drive ahead of us and we weren’t quite sure what weather to expect on our route.

A quick stop at Starbucks prepared us for out trip home and luckily we had smooth sailing for a majority of the way. About an hour outside of Phoenix, we hit a dust storm and there were moments the high wind pushed against the car while we pushed through the fog-like curtains of sand. 15-20 minutes later we made it through the blowing dust and continued on through clearer visibility. Just outside of Phoenix we caught up with the storm front and it was pouring again. We made it home in time to watch The Walking Dead, Talking Dead, and to eat a bite. The adventure ended there.