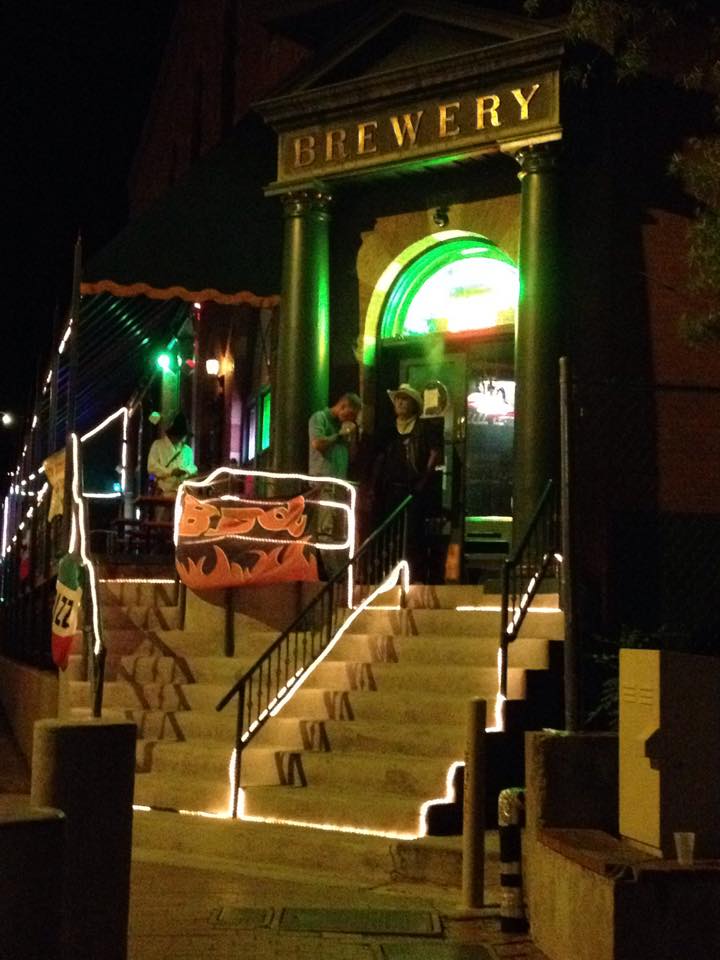 This is a bit overdo, but as I always say…better late than never. I’m fairly certain I’ve been using that phrase since I heard it in Ghostbusters 2 (Cheech Marin’s line when the ghost Titanic arrived). But I digress…Bisbee. We got a late start heading down south and arrived around 2:30pm starving to the point where our first stop had to be for food, instead of our actually destination (my friend’s house). Our mistake: not eating enough for breakfast, or none at all, before hitting the road. I honestly wasn’t hungry that morning but I still felt quite foolish for skipping it none-the-less. It was difficult to think straight.

One Applebee’s meal later, we met up with my friend Jaimee and dropped off our stuff at her house before hopping into the car. We got to Bisbee rather late, found parking, entered the beer fest and tried to figure out where to start. We were surprised to have received 15 tickets to use at only one ticket per mini beer. Someone could easily get drunk off that much beer, even in mini form, but as we realized the water and soda also required tickets. So, someone could pace themselves with water between their beer tastings. Unfortunately, we did not have very much time to spend in the beer fest–it ended at 6 and last call was at 5:45pm.

Luckily, there was no shortage of bars in Bisbee. We walked around a bit more before going to the Screaming Banshee Pizza place, but due to over an hour wait we only had drinks (mini beer shots) instead of food. From there we walked through town some more and stumbled upon a small jazz style band playing in an inside courtyard. The air was thick with a certain medicinal smell which incited giggling fits in us. We thought it best to leave the area before the band thought we were laughing at them.

Next, it was time to check out another bar. After IDs were checked at the door, we were pleasantly surprised to find a karaoke setup inside. We found an empty spot at the back of the bar beside the stage were the karaoke system was setup. This is the second time that we randomly found karaoke in Bisbee, so needless to say we had a very good time. Five hours later, I (the designated driver) drove us back “home” where we immediately crashed and went to sleep–singing along with every song will do that. An amusing side-note: we put our name down as Winchesters, a tradition we started the first time we all met, and once again a random person recognized that it came from Supernatural. The Supernatural family is everywhere.