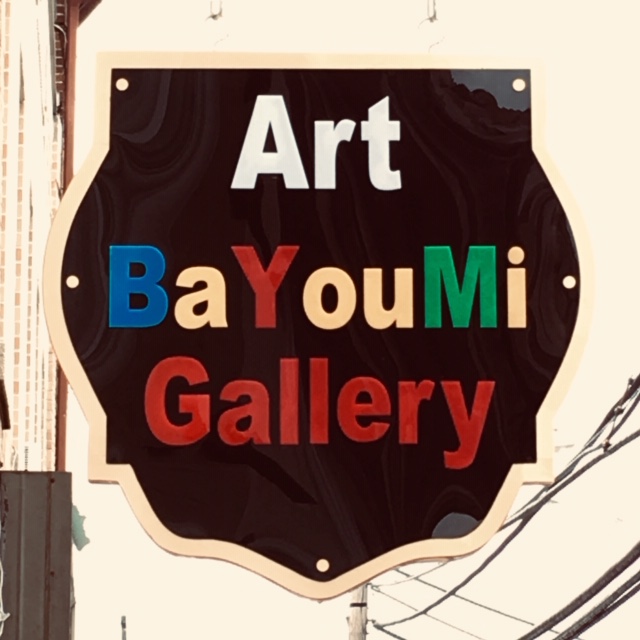 On May 30, I attended my first art gallery opening. The art gallery belongs to Mohamed Bayoumi, owner of a restaurant named Venny’s and a friend of my boyfriend Jason.

Jason helped Mohamed get the gallery setup with technology and ready for opening day, offering to assist by taking pictures during the opening as well, bringing me along as his assistant. I took a half day from work and we met up with our friend Al for lunch, before the three of us headed over to the gallery. Al had some items that he’d made, pottery, to offer for sale in the gallery. He also assisted with some of the setup of the gallery alongside Jason. The three of us helped with some final touches and then waited for the opening at 4:00 PM.

During the opening, I took Mohamed’s video camera and took video footage of the gallery and the people who showed up for the ribbon cutting ceremony, and Jason took photos with his camera. An hour later, a decent crowd had shown up, despite the rainy weather, including representatives of the city council of Emmaus, state senate and house of representatives. Mohamed and his partner Sheila were presented with certificates from each and were then handed the very large scissors with which they would cut the ribbon. Due to the weather, the ribbon cutting ceremony was done inside, in the storefront.

It was all very interesting and I was happy for Mohamed and Sheila, to have accomplished something that has been a dream of Mohamed’s for such a long time. Sheila gave a very nice speech on behalf of them both and explained how the dream of this gallery was not only Mohamed’s but his brother’s as well who inspired him and pushed him to pursue his art. The gallery opening was dedicated to Mohamed’s brother, who passed away the week before. It’s sad that his brother did not get to see the gallery in it’s finished form, but I am sure he was proud of Mohamed regardless.

After the formalities of the ceremony were through, the crowd continue to enjoy the food and coffee. They mingled and began to dwindle until only we were left. We helped Sheila and Mohamed clean up and put away the food, turn off all the lights and then said our goodbyes. Overall, I thoroughly enjoyed the experience and getting to be a part of such a special event for two wonderful people. I wish them all the best and great success for the gallery.

Now, let me take a moment to describe some of the artwork hanging on the walls at Art BaYouMi. Mohamed’s own artwork was a mix of landscape watercolors and colorful abstract still-life. There was also artwork from two other local artists on the opposite wall, more landscapes but ocean themed and still-lifes of farm houses and a woman ironing. All of the artwork is unique and beautiful. In addition to all of the artwork, there are fantastic pieces of Egyptian furniture, expertly carved and beautifully designed wooden tables and chairs. The chairs can even be purchased with cushions. There are also mosaic tiled end tables and Egyptian plates and statues.

Should you find yourself in Emmaus, PA, do check out the Art BaYouMi Gallery. It is full of fascinating artwork, unique Egyptian furniture, and many other interesting items.